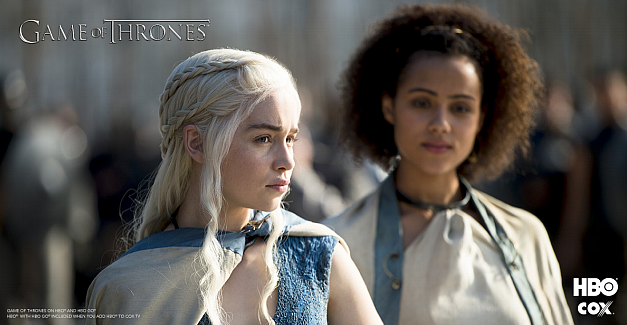 Few television shows are talked about as much as HBO’s “Game of Thrones.” The network’s adaptation of George R.R. Martin’s “Song of Ice and Fire” series has made waves for its shocking storytelling, specifically its penchant for regularly killing off its most heroic characters, which has kept fans buzzing.

That said, a great storyline isn’t enough for building hype, and HBO has made sure that no one forgets about the battle for the Iron Throne. Through the years, the channel has rolled waves of marketing campaigns to keep everyone excited for months on end. HBO has been nothing short of brilliant when it comes to advertising “Game of Thrones.” The network has promoted its hit show through print, social media, television and real-world stunts.

Though you might not run a premium cable channel, HBO and its partners can teach you a lot about advertising. Let’s look at how word has gotten out about “Game of Thrones” and how you can adapt those strategies for marketing your business.

I do all my own stunts
Though the lion’s share of the show’s marketing is done online, one of the most memorable campaigns brought the fictional realm of Westeros to the real world. According to BuzzFeed, BlinkBox, an on-demand service, promoted “Game of Thrones'” arrival in the summer of 2013 by installing a dragon skull on the Jurassic Coast, an English beach where fossils have been discovered. The skull was also surrounded by a bunch of BlinkBox flags so consumers didn’t miss the branding message.

The skull may not have been real, but it was more than enough to get people talking. After all, it isn’t every day that a dragon’s bones show up on a beach. Pictures and videos of the prop quickly went viral, helping BlinkBox boost its brand image and further enhance “Game of Thrones'” popularity.

You don’t have to create your own fossils in order to promote your business, but the occasional marketing stunt can be extremely beneficial. Try inviting a local band to play in your establishment or holding a carnival in your building’s parking lot. Though these things are simple, they’re great for boosting interest in your brand.

Additionally, you should invite local media to cover the event. The exposure will help teach consumers about your business, even if they’ve never heard of you before.

The Vines that tie
Social media marketing has been an integral part of HBO’s campaign for “Game of Thrones.” Most recently, the network used Vine to build hype for the show’s latest trailer ahead of its release. The six-second clips featured some of the show’s most popular characters, such as Jon Snow and Tyrion Lannister, to whet fans’ appetites. The videos quickly spread all around the Internet as fans shared them on Twitter and embedded them on various sites.

Vine is a strong and effective marketing tool that can have a massive impact on your company’s online presence. The service makes it easy to film and edit short spots that you can share on multiple platforms.

Even though you likely don’t have a huge video archive to use for Vine marketing, you should find creative ways to integrate it into your marketing campaign. The easiest way is to have your staff film product demonstrations or produce short sketches. The former is highly informative and will help your followers learn about how your merchandise works. The latter is effective for adding some personality to your brand so it doesn’t seem faceless.

Print’s not dead yet
Digital marketing is unbelievably important these days, leading many organizations to abandon print media altogether. Meanwhile, HBO showed that the medium is still a viable source for advertising.

In 2013, Adweek noted that there was a two-page spread in The New York Times featuring a dragon’s silhouette. The ad even featured fake articles to make readers think that one of Daenerys Targaryen’s dragons was flying overhead.

The promotion worked wonders, and it wasn’t just limited to the Times’ audience either. Pictures of the advertisement quickly hit Reddit, Imgur, Twitter and Facebook, exposing legions of people to “Game of Thrones'” latest marketing blitz.

This goes to show that you can still use print to promote your company. The simplest solution is to publish coupons and flyers in local and regional newspapers. Both of these are effective for attracting consumers to your establishment.

Additionally, you could combine print and digital marketing by including QR codes in your advertisements. These watermarks can be scanned with tablets and smartphones, so your mobile marketing strategies should receive a shot in the arm.

Expanded marketing for your entire audience
In early March, HBO and “Game of Thrones” added a new tool to their marketing shed – a mixtape featuring Common, Big Boi and Wale. Lucinda Martinez, HBO’s senior vice president for multicultural marketing, told The Wall Street Journal that the move was meant to show that the network appreciates its entire audience.

“Our multicultural audiences are a very important part of our subscribers, and we don’t want to take them for granted,” Martinez said.

Specifically, the mixtape was meant to appeal to consumers in the urban demographic. The news source notes that Nielsen statistics show that “Game of Thrones'” audience was 13.2 percent black and 9.2 percent Hispanic in 2013.

HBO understands how to appeal to different demographics, and you need to learn how to do the same thing in order to extend your brand’s reach. You need to take a broad approach to marketing because you can’t afford to limit yourself to any specific segment. That type of strategy would mean you have fewer prospects than usual, so it’d be tough to generate significant ROI from your marketing campaigns.

Find ways to be as inclusive as possible with your advertisements. You don’t want to seem like you’re only targeting certain groups because that may turn off others. The key is to make everyone feel welcome in your establishment.

“Game of Thrones” is a cultural phenomenon thanks partially to HBO’s marketing tactics. Do you think the network’s plans could be applied to your business?

The Year of The Social Small Business [Infographic]

Small businesses make the US economy tick. They create six out of every ten new jobs, and pumped about $3 trillion into the economy