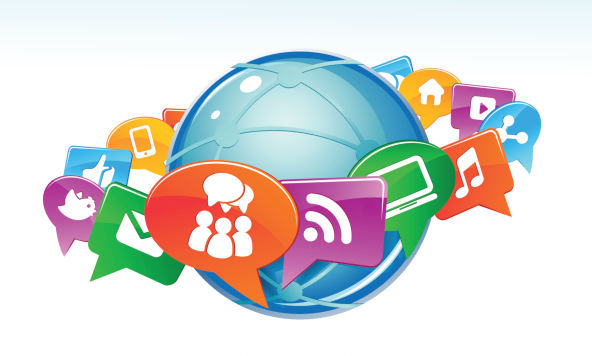 Staying ahead of the curve with social media is an important element to any online advertising campaign, which is why these new developments should help you better market your business.

Social media has changed the advertising landscape dramatically. It seems like almost every month there is a new platform to post content or layout for Facebook, LinkedIn and Twitter. These changes help make these online communities more personalized and dynamic, but they can also be a cause of confusion for those who are looking to use them to promote their business. While they can be befuddling at times, the ever changing nature of social media is no excuse to not have a social media marketing campaign that stays current with the times, as users will know if your strategies are dated. If there is one group of people who can tell that your business is not prepared for the new advancements in social media, it is the consumers.

The ever evolving nature of social networks is not something to be afraid of as changes are designed to create more interactive and specialized ways to connect with one another. This is important for businesses looking to use these tools to generate leads and increase its online presence, as it can help provide a better understanding of their clientele. The interactive nature of the field makes it so businesses too can change to better suit the needs of their customers, and for this reason it is important to understand how changes on Facebook, LinkedIn and Twitter will affect your strategies. The following is a rundown of the developments in the social media climate that will have a profound impact on your marketing efforts.

Yes, you read that correctly, there are plans to have video content appear on the news​ feeds of Facebook users, according to Slate Magazine. This provides a unique opportunity for marketers as it allows you to use the medium in a way that previously would not have worked. While people have always been able to post video onto their accounts, these likely 15-second videos would appear without the user having a choice as to whether or not it plays.

At first read, this seems like something that Facebook users are likely to have a problem with – an assumption that is probably true. Many people do not like being forced to watch something, especially if it hinders their experience when on Facebook. This potential concern is part of the reason that Mark Zuckerberg has reportedly moved back the date in which this change would occur twice, so that user experience would not be harmed.

It is also important to note that while this new method of marketing on the social network may seem intrusive, there was initial criticism about advertisements appearing in news​ feeds as well, but Facebook usage has not diminished since, and the critics have all but gone away. This means that short videos will now be a new tool to add to the social media marketing belt.

LinkedIn is similar to Facebook in a lot of ways, especially in its news​ feed. Now, the business social media platform has announced the arrival of “sponsored content” posts that will appear in the feed of a users account, according to PC World. Previously, advertisements on LinkedIn would usually appear off to the side or at the bottom of the screen but with these new posts, they are to appear right among the other actions in a news​ feed, much like with Facebook.

The news source explains that the effects of this new marketing method are likely to be two fold. For one, the posts will be catered to the user’s profile, so the advertising is more likely to find its intended audience,when compared to where it would be typically found. This helps inform the second expected effect which indicates that such posts will help increase the amount of followers that business has.

Though this development will be helpful for the promotion of businesses throughout the country, the key to its success will be knowing what to promote and how to do so. The audience on a platform like LinkedIn is distinctly different than one on Facebook or Twitter, because it is more professionally minded. While it is more than likely that a user on the platform also has profiles on other social media networks, the reason one goes to LinkedIn is more business oriented. This makes the kind of promotion for the new sponsored content more business-to-business focused.

The new challenge will be knowing which customers to target with the new marketing as is implementation is still relatively young. However, if you are able to understand why a professional would be interested in your business, you should be able to come up with an effective strategy.

Have your social media strategies kept up with the times? If so, what has helped you stay ahead of the curve? For Maya's Cookies, with two locations including San Marcos, a strong internet connection is a recipe for success.

How to Effectively Build Pre-Work into #Meetings https://bit.ly/3ChnGbe #busness #leadership

5 strategies to help your business be smarter about email

You may be tempted to think of email as old-fashioned or even outdated, compared to newer tools like social media. As it turns out,