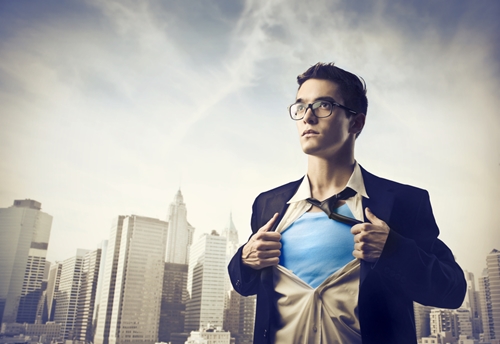 If you have an idea for a small business – or you’re working hard to improve your company’s situation – you’re going to require strong leadership at the top in order to improve efforts at marketing your business. If you’re in a position to blaze the way forward, you may have doubts and ask the question that’s been asked a million times before – are great leaders born or made?

Well, there’s no doubt there are any number of courses that will claim to teach you leadership, even from some of the most reputable institutions in the world. But can they work? It’s an important question, and one that many experts definitively answer by saying that yes, you can become a great leader.

Some are born, many are made
Erika Andersen is a founder of Proteus International, a company that specializes in employee productivity and leadership. In her career, she has observed hundreds of people in charge of businesses and watched as some attempted to take on the role, according to Forbes. To her, there is no denying that many of the best leaders she’s seen have been naturals, men and women like Alec Baldwin’s Jack Donaghy from 30 Rock, who spent his childhood toting bags at a country club to establish connections with local businessmen. But just as importantly, there have been innumerable great leaders who were made better by their experiences.

Natural capabilities in the area, Andersen says, seem to fall along a bell curve, and there are certainly some people at the far left who will likely never be able to be leaders. But those in the middle, though not natural leaders, can easily become good or great when put in charge. It’s entirely possible, and Andersen focuses on one particular way to ensure that you are a leader.

Cultivate your talents
Andersen has not only observed leaders, she has written extensively about how to become a better one. The primary piece of advice she gives, she said, is to be “truly self-aware.” Work to your strengths but do not let your weaknesses grow – instead, work hard to become strong in all areas. Bad leaders will have no awareness of what they do poorly, and never work hard to improve in this area. If you are in the middle of Andersen’s “leadership bell curve,” you undoubtedly have weaknesses. But the difference between those who grow into the role and those who don’t is an awareness of how you need to improve, and a willingness to do so.

Develop all areas
There are certain traits that most leaders have in common, as the Small Business Association noted. A large number of psychological studies have been pointed toward determining the common factors that exist in the men and women who successfully helm their company or operation, and there are several clear overlapping attributes that people should work to improve.

They fall, generally, into similar categories. Leaders often have charisma, enthusiasm, and self-assurance, according to the SBA. Charisma is not something that is easy to define, but it’s easy to spot, and it generally goes hand in hand with enthusiasm and self-assurance. In truth, if you work to cultivate the others, you will often begin to project a charismatic image. Self-assurance comes with learning from the past instead of being riddled with regret, and enthusiasm for your product or business is almost a pre-requisite in getting anywhere – from getting employees to come aboard to starting a viral marketing campaign.

Sympathize with others
Leaders may command others who work for them, but they should not be rude or angry, as both the SBA and Andersen noted. The best leaders, the SBA said, have emotional stability – and, again, it is a trait that you can work toward. Even if you have emotional swings now, there are ways to work hard to keep a calm manner.

Those in charge will face a variety of stresses, inevitably, and they must be possessed of a temperament to deal with it. If not, they will quickly burn out before their business has any time to gain traction, and employees will be upset and little inclined to work hard. Those who show a cool manner will assure those around them that the hard work is worth it.

Andersen, for her part, thinks that some of the most important traits of any leader are the compassionate way they treat others – after all, to be a leader of men, you need to put forth an inviting manner. Andersen recommends improving listening qualitiies, as well as inviting feedback. A person who can easily accept feedback – and, just as importantly, act on that feedback – will both be admired by employees and be assured quick improvement as a leader.

What have you done to improve as a leader? What qualities have you found most important in other business owners?

4 Emerging Trends In The World of Start-ups

Some entrepreneurs believe that they can change the world with their ideas and bet on themselves by opening their own startups. This strategy can