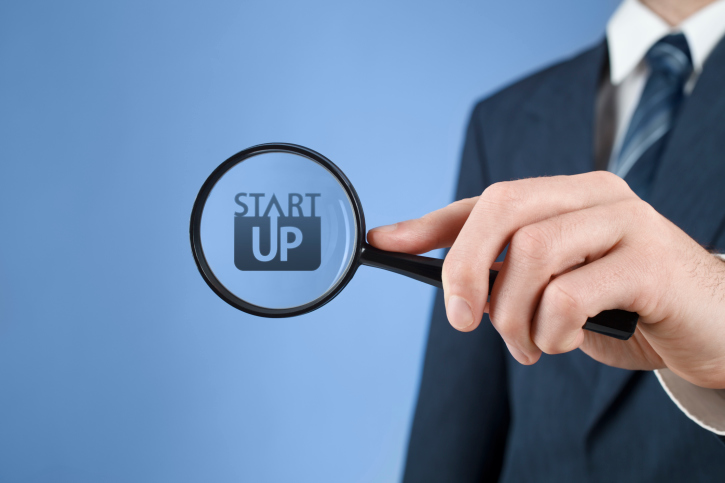 Some entrepreneurs believe that they can change the world with their ideas and bet on themselves by opening their own startups. This strategy can be risky and isn’t for the faint of heart, but many professionals have been successful by going off the beaten path and starting companies themselves instead of working for someone else.

It seems like new enterprises are popping up at an exponential rate, almost putting startups in their own industry. New trends have begun emerging as young organizations find their footing and gradually increase operations.

If you want to break into the market and start managing your business on your own, here are a few startup trends you need to know.

Originality is dying
It seems like whenever one startup has a great idea, everyone immediately wants to copy it in order to replicate that business’ success. The New York Times points out that the most recent example of this is the “Uber for” explosion. Uber is a service that allows users to connect with drivers, both amateurs and professionals, so they can easily travel from one point to another without having to find a cab or take public transportation.

Now a large group of startups want to offer that kind of on-demand service in other fields. According to the news source, there’s an Uber for everything from dog walking (Swifto) to medicine (Medicast). Copying another company’s plan is nothing new, but new businesses are determined to ride the coattails of their successful counterparts.

Of course, this isn’t the clear road to riches. Even startups with a great deal of funding, high-profile investors and an “Uber for” description can fail. For instance, Valleywag notes that BlackJet, an Uber for air travel, is struggling mightily as users are continually disappointed by the service as a whole.

The best ideas are the original ones. You can’t just copy and paste another entrepreneur’s business plan and apply it a new industry if you want to be successful. You need to find a consumer need and fill that demand. Don’t use the phrase “Uber for” to describe your enterprise, either. Explain what your company does in a unique way so you’ll stand out from the competition.

Data is where the money is
If you really want to improve your chances of being successful, you should look to join the big data game. A recent infographic from BigData-Startups shows that venture capitalist firms invested $3.6 billion in data agencies during the first nine months of 2013. For comparison, similar enterprises received $4.9 billion from 2008 to 2012.

Knowledge is power, especially in this day and age. As consumers become increasingly reliant on technology, they’re creating new data a rapid rate, and businesses want to harness this information to help achieve their ends.

Consumer data is useful in a number of regards. Merchants can use purchase histories to determine what items someone would want to buy in the future, while marketing firms can examine market forces to tailor their strategies to reach consumers.

That’s not to say that you can just collect data and call yourself a startup. You need to find an efficient system for gathering information and using it for your objectives. Big businesses are looking to buy
In many cases, entrepreneurs create startups just so they can sell the enterprises to massive corporations and make a profit. Even company leaders who don’t go into business for this reason can usually find a buyer and make quite a pretty penny for themselves.

Imgur’s current dealings are a perfect example of the latter. Business Insider reports that Yahoo has been trying to acquire the picture-sharing site as part of CEO Marissa Meyer’s attempt to turn the web giant around.

Alan Schaaf was a student at Ohio University in Athens when he created Imgur so that Reddit users could easily upload pictures and memes. Now, Imgur has surpassed Reddit in terms of users – 100 million to 85 million as of September. In early 2012, the image-hosting platform only had 30 million users, showing how far its come in the last year.
Business Insider estimates that Yahoo will have to pay between $100 million and $500 million. The total would be a tidy sum for Schaaf, especially since he developed the website as a hobby.

This goes to show that it doesn’t matter why you opened your startup. If you’re successful, a larger enterprise will likely try to scoop you up because it’s easier to buy your services than develop them independently and compete with you.

The real question is whether you’d actually want to sell your business. If your goal is to make as much money as possible in a short timeframe, you’d probably do well to take a large offer before your enterprise falters and you have to drop the asking price.

However, if you’re like Schaaf and built your company for your own benefit, you may not be ready to cede control, even if Sean Parker shows up and tells you how cool it is to make a billion dollars. When you love your business and would hate to see it change, hold on to it. As long as you’re breaking even and you enjoy what you do, there are few reasons why you should sell.

A city so nice they named it twice
Silicon Valley is accepted as the epicenter of startup culture, but the area is currently struggling to keep its spot at the center of the kingdom. Slate reports that the Bay Area now has the competition from New York City, which recently supplanted Boston as the East Coast’s tech hub.

The Big Apple’s reputation began to form in the early aughts when Jon Oringer launched Shutterstock and Nick Denton started Gawker Media in the city. Buzzfeed, Gilt Groupe and Tumblr came a few years later, and now it seems like New York is the place to be if you want to operate a successful startup.

Slate attributes this to the city’s entrepreneurs and their uncanny ability to apply recent innovations to new verticals. Unlike Silicon Valley, which focuses on developing new ideas, New York is geared more toward merging disparate elements to create something better.

This may be good news for entrepreneurs. There’s a wealth of opportunities and potential business connections to be made in the City that Never Sleeps. Starting out there may help startups reach success faster than if they opened up in California.

All in all, startup culture is changing at a rapid pace. Which of these trends do you think will have the biggest impact overall?

How to appear to be a stronger leader

A key component of managing your business is being a strong leader who your customers and employees believe in.