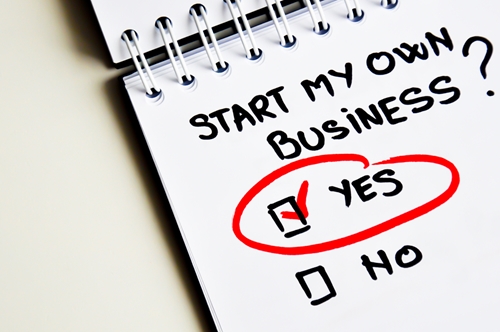 Ari Horie comes from modest beginnings. She grew up in Japan, the only child of a single mother, without much in the way of privilege. It took her hard work and perseverance to become what she is today – one of the world’s most successful entrepreneurs. Horie found from an early age that the odds were against her. She grew up battling a common stigma in Japan – as an only child, people expected her to be too independent or too selfish – a “screwed up kid.” She went on, though, to fight that stereotype. She eventually became the founder and CEO of the Women’s Startup Lab, and for her efforts, she was recently named named one of CNN’s top 10 women entrepreneurs.

At her keynote address at SXSW V2V in Las Vegas, entitled “Make an Impact,” Horie spoke to the audience at The Cosmopolitan of Las Vegas about everything she’s done to change the tech industry and the world for the better. She shared a few tidbits of insight that may help you as you go about managing your business.

Leading your own startup success
At the heart of Horie’s message was the idea that in order to achieve success as an entrepreneur, you must be willing to blaze your own trail, taking initiative for yourself.

Success didn’t come easy for Horie. She had to overcome numerous obstacles to get where she is today – learning to compete in a world dominated by native English speakers, clearing logistical hurdles like getting work visas and especially the challenge of distinguishing herself as a woman in the patriarchy of the tech world. She was able to fight through all of the above because she has an entrepreneur’s spirit. This mindset can be applied to much more in this world than just business and commerce.

“Sometimes we think entrepreneurship only happens in the business world,” Horie said. “But when you look back at your years and years – even just on the playground, trying some crazy idea with a friend – entrepreneurship grows within you. It’s being willing to take a chance, willing to try something that you don’t know and hoping something will work out. This particular strategy led me to be where I am – in America.”

Horie had to take chances in order to make her big breakthrough, at IBM. She demanded a meeting with the company’s vice president of human resources, and even though the odds looked slim, she got that sit-down and parlayed it into a job. From there, she climbed through the ranks. Her journey began by simply taking action and refusing to take “no” for an answer. Others can emulate this competitive drive.

“How many of us create rejection for ourselves?” Horie asked. “We tell ourselves, ‘I’m not good enough. I’m not qualified.’ That’s just a ‘no’ that you’re creating for yourself. Be persistent – be creative. Aim high. You never know what might happen.”

Taking risks leads to real impact
Plenty of people fail to make an impact in the business world because they find reasons not to. But the way Horie put it, instead of using your differences as excuses to fail, it’s better to let them empower you.

“How many have you have thought, ‘I’m too short,’ or ‘I don’t have a degree,’ or ‘I’m so ordinary – there’s no reason why I should be chosen to run this company?'” Horie asked the audience. “While I might have been different, I always wanted to pursue my dreams. So embrace your difference.”

“One of the great things about entrepreneurship is it’s something you can build out of your passion, and you can do a lot of things along the way,” Horie said. “It’s not just the end result, but the process you go through that’s really important.”

Many factors affect how well your blog post will do. In order to show you how to create a powerful blog post, Neil Patel at QuickSprout