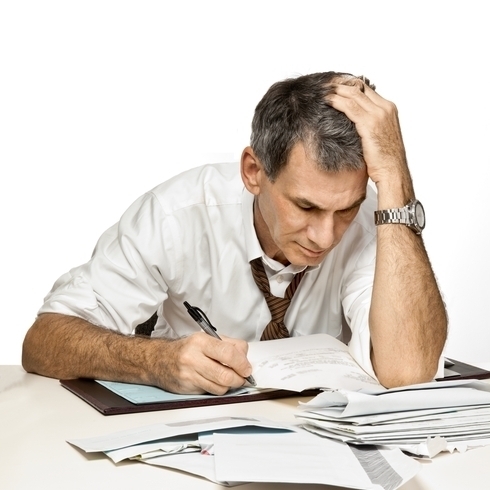 Google is constantly refining the online experience. Back in March 2014, Google introduced Panda, a filtering update that prioritizes high quality, original content. Bundled in with the Panda update was a novel concept for improving the general quality of Google searches: authorship rank.

By linking content back to an author’s Google+ profile, the writer was able to build up their rank by accumulating +1s, likes, retweets and shares. Generally, any kind of buzz an author can generate is good press and likely to increase their authorship rank. And of course, authors with higher ranks enjoy increased web traffic from prioritized Google searches.

Panda priorities  The point of this change, according to Google, was to tackle the problem of poor quality content that abuses Google’s search algorithms. Anyone who lived through the early noughties remembers the age of keyword domination. Search for something innocuous like “chicken soup” and the first page or two of links would read more like word soup. Maybe somewhere in that jumble of nonsense would be the words: “chicken soup,” but it would read something like “soup recipes, stew recipes, how to make soups, split pea soups, split pea soup, splitpea soup, chicken stew, chicken soup…” Panda cut through this nonsense by prioritizing meaningful, original content. In response to the update, anyone involved in content marketing, blogging or any other form of online writing scrambled to level up their Google Authorship profiles as quickly as possible to capitalize on the change.

Within weeks, the number of subscribers to Google+ skyrocketed, and writers had to painstakingly leaf through all of their old posts in order to update with rel=author tags to claim the writing and bolster their rank. But most importantly, it worked. Within a few months, the content of Google searches started to improve drastically. Search results were more accurate and informative, and the new analytics systems, which were pulling their results from highly ranked, meaningful content, were able to find exactly what users were looking for.

Actually, Google’s tweaks to their search engine have been so effective, that searching is almost an eerie experience, with Google knowing what users are searching for almost better than the users themselves. In a comparison between Google and Bing with organic search phrases, Google categorically shuts out the competition. As a point of reference, Neil deGrasse Tyson is the host of The Universe, a popular science show. He is also African-American, and if you search the phrase “that African-American guy who talks about science” on Google, the very first search result is a link to the Wikipedia entry on Neil deGrasse Tyson. If you search the same phrase on Bing, the first link is for afro.com, which is an African-American-centric news site. The third result, incidentally, is a link to a Yahoo Answers page titled “This really cute African-American guy in my Science class.”

Ranking up  In the wake of the success of Panda, and the definitive results of improving Google Authorship rank, writers have done everything they can to improve their profiles. They have spent countless hours on Google+ networking with other writers and creating support networks to help people understand the changes to Google. However, Google shocked everyone from corporate bigwigs to the liberal blogosphere in late June when they stopped showing highly ranked authors’ profile pictures and Google+ circle counts alongside links to their content in searches. This feature was one of the selling points for many writers who bought into the rel=author craze, and to have it removed came as an unwelcome surprise to many who had invested so much time in creating a specific online presence and brand.

According to Forbes, Google stated that they removed pictures from search results in order to “clean up the visual design of our search results, in particular creating a better mobile experience and a more consistent design across devices.” Furthermore, Google insists that the removal of photos has no impact on click-through behavior, despite other studies, some of which were conducted by Google, that found pictures increase CTR by as much as 30 to 150 percent. Unsurprisingly, outraged writers have been vocal in denouncing Google for their actions. Some have even accused Google of removing pictures and circle counts in favor of providing more space for ads.

Putting the wagon before the horse  We are left with a strange situation wherein authors who initially bought the promise of ranked authorship hook line and sinker are now suspicious about the whole establishment. They are no longer certain that the hard work they put into building up an online presence and recognizable brand will be sufficiently rewarded with improved visibility. However, it is important to recognize that this change is not the result of Google reneging on a promise, but rather revising an initial software model. The thing about authorship ranking that people found so alluring was that it provided lesser known writers a chance to get ahead. However, this was not Google’s intention.

The reason they implemented authorship ranking was to improve the overall quality of search results. According to Clickz, there were a surprising number of authors who were attempting to abuse the authorship ranking service, which should come as no surprise. People will always try to game a system if they think they can get something out of it. These changes reprioritize quality of information over attractive click-bait profile pictures and cult of personality oversharers who write about topics about which they have no expertise. At the end of the day, Google Authorship is still important, but it should be one aspect of writers’ online profiles, not the whole thing. Authorship ranking has always been a means to an end, to encourage the generation of higher quality, more informative content. For too many writers, their ranking became a telos, an end in itself. By toning down the influence of authors, Google is merely checking the reins on the whole venture, not shutting it down. So the answer is yes, authorship rank still matters. Still, the question remains, would you trust Google in continuing to prioritize search results according to authorship rank, or is this system not fair?

How to Optimize Conversions for the 3 Major Website Types

To help you boost your conversions, Neil Patel at QuickSprout has created an infographic in which he's broken down the techniques you need to