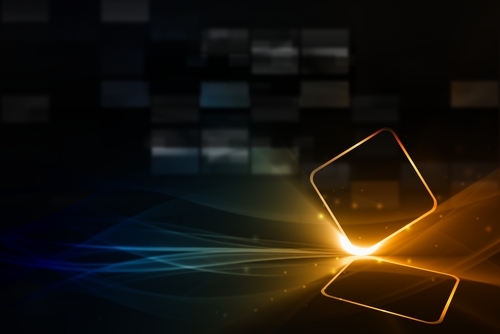 A few years ago, augmented reality was little more than a curio for people to scan with their phones, but now the phenomenon is on the verge of a revolution as more industries are making meaningful use of AR.

Common augmented realities
One of the reasons augmented reality has not taken off as much as enthusiasts would have liked is that it requires intentional viewer interaction. That’s because, until very recently, AR required people to recognize that something was AR-enabled. They would then have to take out their phone or tablet, point it at their target and hope that the code scanned. Obviously, this is a lot of steps to go through just to see an animated advertisement.

However, all of this is about to change as wearables become a larger part of our lives. Smart glasses, in particular, will make augmented reality significantly more visible, and tech-savvy developers are beginning to see more potential for this relatively untapped resource for advertising and customer interaction.

Augmented advertising
In the realm of advertising, Blippar, a New York-based advertising company, has been developing promotional games that capitalize on the prospects of augmented reality, particularly for wearables like Google Glass. This year, at the Augmented World Expo, Ambarish Mitra, Blippar’s chief executive, introduced an array of apps that allow Glass wearers to play augmented reality games with everyday objects.

For example, a Blippar-enabled ad for Pepsi activates when a Glass wearer looks at a can of Pepsi. When they do, a set of goalposts and a soccer ball appear on their Glass HUD. Then, using their eyes, they can aim the ball and “kick” it with a quick gesture. The end result? You get more Google Glass users seeking out cans of Pepsi, so they can play their AR soccer game.

Other Blippar apps are a bit more primitive, but still interesting as a jumping off point for the realm of AR games. One such app allows Glass users to paint objects in the world with digital paint, and when another person with Blippar’s app installed on their Glass sees that object, they will see your paint as well on their HUD. This creates a fun opportunity for AR-savvy Glass wearers to share secret messages, artwork or just have fun.

Blippar has also been creating more traditional styles of games, such as a retro-turned futuristic version of the classic Asteroids. In this super-high-tech 1980s flashback, Glass users see giant asteroids hurtling at them from different directions. They then turn to face the asteroid, and when it’s in their sights, they touch the frame of the device to shoot the asteroid and break it into tiny digital pieces.

These apps are meant more to demonstrate the advertising potential of augmented reality. In an interview with VentureBeat, Mitra claimed,

According to VentureBeat, since these games are played on smart devices that maintain permanent Internet connections, valuable data can be collected from users. Using information like which ads people engage and how long they play related AR games, companies can track a whole new metric of big data. It would be like if advertising companies could track how long, on average, people looked at a billboard or bus advertisements. In this case, companies can not only track how long people look at things, but they can further refine their data analysis by examining different levels of engagement from different demographics. Then, using that data, they can finely hone their marketing campaigns to more directly target certain people or just raise overall ad interaction.

AR in the workplace
Augmented reality may have a broader use than just advertising and entertainment, however. It could be used as a training aid in various businesses. A recent article on TechCrunch discusses the industry potential for AR interfacing. According to the source, Augmate, a New York-based augmented reality platform, is focusing on bringing AR into the workplace soon. Founder Pete Wassell claims “There’s upwards of a 30 percent efficiency increase in time on task when information is in your field of view.”

What is so interesting about AR from this perspective is that the information in someone’s field of view can change dynamically along with the task that person is performing. So if they are working in a warehouse, for instance, a Glass HUD could guide them to the area where a requested item is stored. In a factory, it could notify workers of resource levels or problems on the assembly line on the fly.

Augmate is also interested in the potential for augmented reality programs as training platforms. Such software would effectively provide an AR overlay on an HUD so workers could quickly learn the basics and launch into advanced techniques more quickly than they would otherwise be able to.

To this end, Augmate has created the InstructAR platform, which can be used to quickly teach advanced skills. The program is uniquely suited to tech and manufacturing training. The TechCrunch article included a link to a YouTube video demonstrating the platform. In it, a trainee disassembles a computer with the aid of the AR training software. The platform is able to detect features of the computer and show the trainee what to do next via overlaid animations. This same platform could be adapted to teach people how to work on cars, assemble objects in a factory or any number of other manual skills.

Developers are only just beginning to tap into the potential for augmented reality in advertising and the workforce. Will AR affect how you will be marketing your business? How do you think AR could be used in the near future?

Google has removed author profile pictures from search results, and writers are furious.