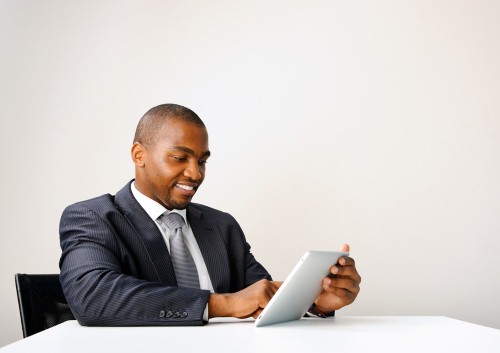 When you sit down and map out how your next lead generation marketing campaign will unfold, take a closer look at tablet usership. These portable devices have evolved as new technologies, applications and trends have shaped the way American culture views tablets compared to mobile phones or desktop computers. While a smartphone can access similar content as a tablet computer, consumers tend to use their phones for more task-driven purposes and their tablets for leisure.

Tablets reinvent the print industry
A recent TabLens service report conducted by comScore found that nearly two in five U.S. tablet owners read newspapers, magazines or both on their device in August 2012. Approximately one in 10 read publications almost daily.

“Tablets are fundamentally redefining how people consume news and information, with the format more conducive to reading longer form content than PCs or smartphones,” comScore SVP of Mobile Mark Donovan said in a statement. “In the case of online newspapers, tablets are now driving 7 percent of total pageviews, an impressive figure considering the relative infancy of the tablet space.”

Publishers must take advantage of the shift in consumption dynamics if they want to remain in operation, and tablet users may be the key to future prosperity. With a relatively loyal group of people reading online publications on their tablets daily, publishers have the potential to source advertising deals with top brands and increase their costs for well-positioned display ads.

The comScore research also found that male consumers are more likely to read both newspaper and magazine content on their tablet computers. Consumers across all age demographics engage with print content on their tablets, with people between the ages of 25 and 35 representing 27.4 percent of newspaper customers and 28.2 percent of magazine subscribers. People between the ages of 35 and 44 years old accounted for one in five readers in both categories.

As a business owner, you must consider the benefits of positioning your display ads alongside printed news accessed through tablet computers.