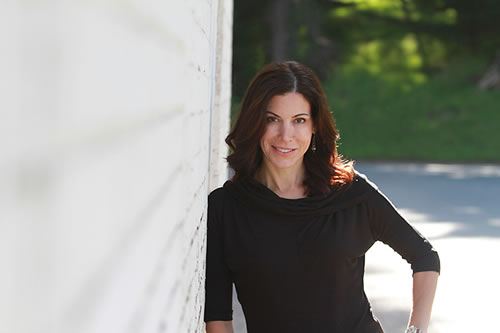 Given the impact that technology has had on the modern business landscape, it seems as though companies and marketers have an increased access to both consumers and potential partners. Explaining this growing connectivity, Porter Gale,  author and former Marketing VP at Virgin America, conveyed her views to the crowd of social media leaders gathered in Atlanta for the Social Shake-Up conference.

Previewing her new book “Your Network is Your Net Worth,” Gale spoke to the importance of building a web of connections – both personal and business – to enhance one’s productivity, happiness and return.

From six degrees to three degrees
Thanks to the technological advances made in recent history, the concept of human networks has changed rapidly. Instead of the old “Six Degrees of Separation,” we are now living in a world of roughly three degrees of separation. Gale noted that this connectivity has changed networking forever, as people now have 150+ contacts compared with the 10-15 that previous generations had.

Not only has this transformed the personal networks that we all keep, it changed the way that businesses can operate.

“The information flow has moved from the boardroom to the living room,” said Gale, adding a personal anecdote about her 11-year-old daughter’s recent purchase of an iPhone via the internet and online consumer reporting.

Not only are people making purchasing decisions and building networks through the digital sphere, Gale noted, they are fueling innovation through collaboration.

Technology, collaboration and innovation
Innovation used to be an isolated matter, as things like the telephone, light bulb and combustion engine largely emerged thanks to the work of one individual. However, thanks to the tech explosion of the past 30 years, innovation is now being driven by collaborative efforts.

People can link up with fellow innovators in an online marketplace, which allows them to further their ideas and attract funding with an ease that older inventors could only wish for. Gale addressed several examples of this type of business approach, adding that developing online networks within your given vertical helps to boost any creative effort.

She spoke to how cultivating relationships with people that support your passions will drive business success, which in turn helps to improve the personal lives of those who are involved. Thanks to technology, and the ability to “work liquid,” professionals can take their office to the road. This allows individuals to attend conferences and events, further bolstering their networks.

Net worth and networks
By building a strong business network, people can increase their happiness. Productivity and success are often tied to happiness, and the duality of this approach will also boost creativity and efficiency.

Gale spoke to the significance of personal happiness in the business world, tying success to more than just assets and salary. Networks help to support this happiness, so it is imperative that one keeps an open mind with regard to meeting new people and connecting with others.

Instead of simply building a network of professionals, Gale spoke to the need for individuals to actually invest in relationships. Instead of looking at networking in the sense of “me,” the modern businessperson has to think about “we.”

“Networking is about who you are becoming as a person – it’s a transformational process,” said Gale. By taking this approach, relationships can be built, and one never knows when these connections will pay off – likely for both parties.

Headphones off approach
It all starts with taking a personal approach to everything – starting with travelling. Gale said that taking off headphones is the first step toward networking success. Totally random conversations can lead to business and personal success. This can drive a person or a company forward, and doors are opened that may prove influential in the long term.

Whereas networking was more of a transaction in the past, now it represents a way for people to develop their passions by connecting with like-minded individuals. Emerging businesses need to be led by people with drive, and networking allows these companies to truly prosper.

If a company has a succinct mission and core values, connections will be made with potential business partners and consumers who are drawn to what the brand stands for. Technology simply expedites the process by which people can connect with others, driving innovation and collaboration in a way that couldn’t have happened years ago.

By using the “we not me” approach, innovators and entrepreneurs will be able to push their ideas and passions forward and success will likely follow individuals with a drive and an open mind.

Brian Solis on The Future of Business - Atlanta Social Shake-up

As the author of "What's the Future of Business," and a principal analyst at the Altimeter Group, Brian Solis is a thought leader in