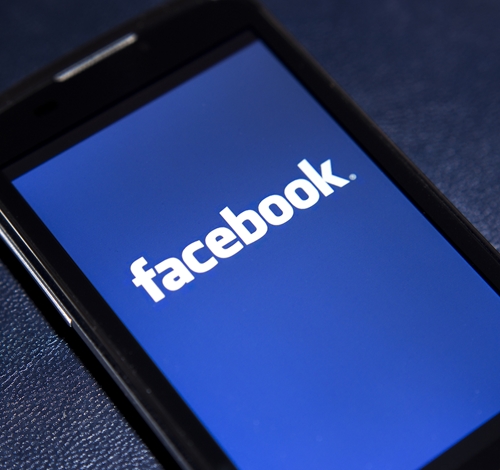 Social media is a powerful tool for marketing your business, but have you thought specifically about why?

One reason – If you compare your social media initiatives to a similarly scoped plan that puts the same  resources into, say, a banner ad campaign – the social media campaign works better because it has staying power.  For example, with a banner or display ad, people see it once and forget all about it a moment later. With a social media or content marketing campaign, word spreads and the campaign scales. People like, comment and share it with their friends and social networks, and the content lives on in the search engines, bringing you more visitors and potentially new customers, long after the initial deployment. That’s powerful.

Michael Stelzner, founder of Social Media Examiner and author of “Launch: How to Quickly Propel Your Business Beyond the Competition,” recently spoke about this principle. In his keynote address at Social Media Marketing World 2014 in San Diego, Stelzner discussed the impact of social media for generating buzz about a brand.

During his #SMMW14 talk, entitled “Social Media Marketing in 2014: What the Newest Research Reveals,” Stelzner explored some unique insights about what social sites can do for brand equity. As an example, he cited Fitbit, a mobile device that people use for tracking their daily exercise routines, calories burned and weight lost, among other factors. He pointed out that his Fitbit gadget syncs easily with his Facebook and Twitter accounts, so naturally he uses the social sites to talk about them. Without even trying, he becomes an advertisement.

This happens all the time, Stelzner explained.

Stelzner elaborated on this principle as he explained seven major trends in how marketers are focusing their social media efforts in 2014. After surveying thousands of marketing professionals, here’s what he concluded.

Exposure and traffic on the rise

Marketers who put time and money into advancing their brands on social media are practically guaranteed to see strong returns on their investment. Stelzner’s research found that 92 percent were seeing more exposure from social in 2013, up from 89 percent the year before, while 80 percent saw more traffic, up from 75. If you want people’s attention, social media is proven to work. Visual marketing is in

Specifically, what people want is content that’s highly visual. Is your brand active on Pinterest or Instagram? If not, it should be, because these sites work great for holding people’s attention with engaging picture-based posts. Stelzner says that 70 percent of brands are increasing the number of visual assets they use on social media. Are you aboard this bandwagon yet?

Blogging is a constant focus

You can’t just use pictures, though. Blogs are important too. Written content works well for engaging with social media users because it runs deeper. A blog post can establish thought leadership in a way that a simple photo element can’t really. Stelzner’s research shows that a majority of marketers – 58 percent – say written content is the most important marketing material they use. That puts it ahead of YouTube, Twitter and even Facebook.

Google+ is new on the scene

What about Google’s new social media network? Google+ may not have the same clout that Twitter and Facebook do today, but that doesn’t mean it’s a lost cause for your marketing efforts. Stelzner’s theory is this – it’s an area that’s ripe for learning. Indeed, 65 percent of entrepreneurs asked to name a social network they want to learn more about named Google+. There’s a lot of untapped potential there.

Podcasting is the land of opportunity

What about podcasting? Putting your audio content out there for online consumption is another unknown frontier. Today, only 6 percent of marketers are doing it. But in the future, 28 percent are interested in knowing more about the practice, and 33 percent are intent on creating their own original audio content soon. It’s a field that’s rapidly growing.

As for straight-up advertising, as opposed to content marketing, it’s generally agreed that Facebook is the place to be. After all, consumers are constantly using the site, so your ads are practically guaranteed to get eyes. Stelzner found that 90 percent of marketers are regularly using Facebook ads as of 2013, and 54 percent of people say Facebook is the most important network.

All of this talk about social sites and marketing content is great, but at the end of the day, this is the ultimate question – where’s the ROI? Which of these strategies is guaranteed the biggest payoff? There’s no clear answer to this query just yet, but everyone’s looking. Among marketers today, 89 percent are looking for the best way to measure their returns from social media.

What do you think? What are the most important social media trends that you’ll be watching throughout the remainder of 2014?

Explore some of the most common challenges businesses face around a hybrid working environment and discover how the right SD-WAN solution can help solve them.
Link: https://www.coxblue.com/how-sd-wan-can-help-your-business-tackle-evolving-network-challenges/

B2B business leaders need to make sure that their websites are doing as much as they can to generate new leads.