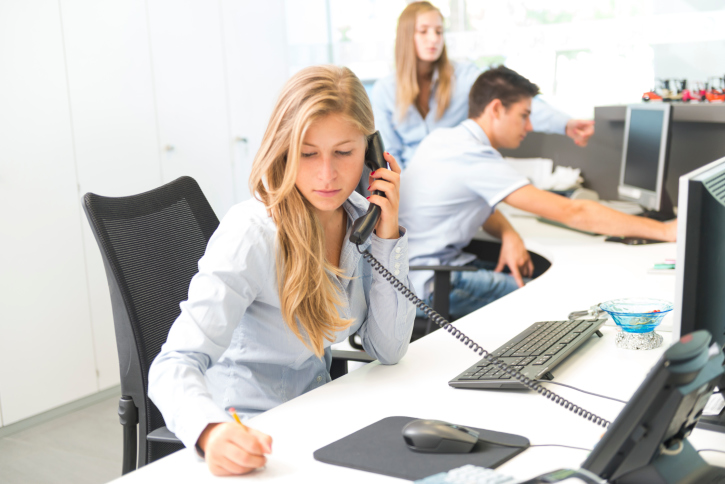 When most people think of social media marketing, their natural inclination is to view it as a tool for connecting with potential customers and business-to-business clients. Indeed, that’s a common application of social media, but it’s not the entire story. Another valuable use for such sites is to build an employer brand, making it easier to connect with potential job applicants.

Tim Petree is one example of a small business owner who’s used social media as a candidate engagement tool in recruiting. Petree is the co-owner of BST Concierge, a company that provides personal and virtual assistant services to entrepreneurs and businesses. He began the business as a partnership with his wife in 2007, in Knoxville, Tenn., and he now has a staff of four.

With such a small business, it’s important to have impeccable decision-making skills when it comes to hiring. All it takes is one bad staffing decision to torpedo 25 percent of the workforce. That’s why Petree uses social media sites to connect with people and get to know them.

Forging a bond via the Web
Petree has proven that Facebook and other such sites aren’t just tools for marketing your business. They’re a valuable resource for building relationships. If you’re adding someone to a small, close-knit group of co-workers, you need to make sure you can rely on them first. That’s what Petree does.

“For the type of employee that I’m seeking, I get better quality candidates through social media, especially Facebook,” Petree said in a recent interview. “That’s because our people need to be absolutely trustworthy with a customer’s key to their home and their credit card. Those we recruit through social media know us, already have a relationship with us or have been referred as qualified applicants by others. By contrast, individuals who answer a blind classified ad don’t have any relationship with us, and it’s hard to know what to expect.”

The hope is that recruiting on social media won’t be just a way to find the right workers – it will also be a valuable tool for keeping them. Using such sites as Facebook is an avenue for both engagement and retention.

“I think hiring someone who is a good fit in the beginning is the best thing that we do – simply picking someone to add to our team who will mesh,” Petree said. “Good communication – all of our new employees get an employee handbook, they have an orientation, and they get a 90-day review.”

The social side of marketing
While recruiting is one of the key uses that Petree has found for social media, he’s also tapped into the sites for their more conventional uses, such as marketing his business to potential clients. He highlighted Twitter as a key resource that can be effective for this purpose, though he noted that its effects shouldn’t be overstated.

“Listening to conversations there and following up with people who are giving buying signals on Twitter can result in a new customer,” Petree said. “However, overall, I would say we get no more than 5 percent of business that way.”

Petree also pointed out that he needs to be careful about putting too much emphasis on social media. The sites are certainly useful, but they can also be somewhat of a time sink. Investing too much of one’s day into tweeting can prove costly in the long run.

“I need to monitor my own behavior,” Petree said. “There is work to be done, and I can’t spend all of my time on social media. So instead of visiting social media sites every day, I’ll put on Google Alerts so I get flagged when something is relevant. So now rather than monitoring Twitter all the time, I read my Gmail in the morning, and it gives me a synopsis of what’s been in conversation the day before.”

Using social media effectively is hard enough. Using it without letting it take over your life? That’s even more difficult, and it’s something Petree is still working on.

Better business blogging
The other way to engage with people online is to write a blog. This is a less direct strategy for marketing your business – people aren’t going to read a blog post and instantly decide to become paying customers, but that doesn’t mean it’s ineffective. Writing engaging content is a long-term path to success. It frames you as a thought leader, helps you earn people’s trust and eventually leads to promising sales leads.

Petree has a blog on his company’s website, and he writes it himself. By finding topics that appeal to his target consumers, he makes sure his content is always relevant.

“Generally, I search for content and inspiration from areas that I believe would appeal to the needs of my ideal customer, i.e. a fellow small business owner who is starved for time and is looking for ways to work more efficiently,” he said.

This is a different take on advertising than the one that prevailed a generation ago. People used to draw exposure to their brands by putting commercials on TV and radio – now, they just rely on their websites to do the work for them. The key to building a brand today is search engine optimization.

Petree is optimistic that he’s adding to his site’s SEO value by creating engaging content. He’s keeping an eye on what material will attract the readers who matter most.

“I can look at analytics and find out which blog posts are attracting more attention and which ones are gateways,” he said. “Generally speaking, content that appeals to female business owners is what draws most attention, and we have had women entrepreneurs contacting us about our services.”

Petree, like any entrepreneur, generates leads via a variety of connections. Often, he brings people in simply by connecting with friends and acquaintances. He’s lucky, though – in the 21st century, it’s easier than ever to make new friends simply by clicking a mouse. Petree is doing this in full force, and he’s not the only one.

Is your story similar? Have you also reaped the many benefits of using social media?

If you've been an active entrepreneur for the last two decades, you've no doubt noticed that your relationship with customers has changed. You can't