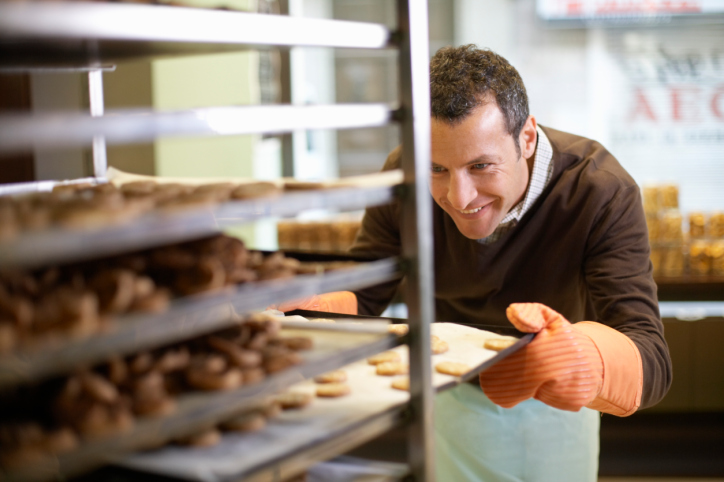 It’s not easy to climb out of bed every morning and trudge off to work. That’s true of pretty much everyone, from the low-level worker who’s toiling away for minimum wage to the CEO who’s running the show from the big corner office.

Not everyone’s going to feel motivated to come in to work every day. But if you’re at the head of your own startup, you need to find a source of inspiration, a reason to power through. Without your leadership, you stand little chance of achieving the success you aspire to.

According to PandoDaily, the key to finding success with a startup is proving that you’re passionate about your work. Without passion, it’s difficult to differentiate yourself from the crowd and get people to take notice. Jason Freedman relayed one example of this problem. Freedman, the co-founder of 42Floors, a search engine for commercial real estate, said that he had a smart, highly capable friend who wasn’t able to crack into the startup world because he couldn’t prove that he was passionate enough.

“My friend, though intelligent and well educated, simply wasn’t passionate enough to land an initial get-to-know-you interview,” Freedman stated. “Was he interested in digital media? Yeah, probably. Interested in data? Yeah, I guess so. Was he passionate about it? That’s probably a stretch. At a large company, it’s probably okay to be interested in something, really good at it and cash your paycheck. But startups don’t work that way.”

Passion is vital for an entrepreneur. Ordinary employees can get by with having off weeks, off months maybe, when they’re not fully engaged. But if you’re the one in charge of managing your small business, you need to be better than that. Think of ways that you can use your passion for your craft to separate yourself from the pack.

Make bold decisions
Entrepreneur Magazine recently relayed the story of Corey Nyman, a young startup crusader who started a winery a decade ago in Las Vegas. Sin City has a well-known taste for alcohol, so the market for his product was plain to see, but Nyman had an unusual spin on the traditional approach – he wanted to specialize in Oregon wine.

Nyman’s family had worked in consulting for the food and beverage industry for 20 years, and he knew a lot about wine. He had visited Oregon wine country on numerous visits, and he said the experienced had touched him. So he decided to make a bold choice – he introduced Oregonian wine, a relatively unknown product, in Nevada.

“I’m starting an Oregon winery living in Las Vegas,” Nyman told the magazine. “If that doesn’t scream passion, I’m not sure what does.”

Nyman’s startup seemed like an odd one, but it worked out – his label, Labor Wines, is now available in 35 states. Nyman’s passion was rewarded. His originality paid off.

Meet your customers’ needs
In Nyman’s case, it was a matter of following his desires, hoping that consumers would learn to embrace his tastes over time. Alternatively, though, you could try the opposite approach. Instead of imposing your will on the public, you can cater to others’ needs.

Anupy Singla is an example of this principle. Singla is the founder of Indian as Apple Pie, a small business in Chicago that markets Indian food products to Americans. According to Entrepreneur, she credits her customers with helping to drive her marketing strategy.

Singla’s greatest strength is that she’s a keen listener. By constantly keeping tabs on customer feedback that she’d collected via Facebook, she was able to adjust her inventory. When a consumer lamented that he or she couldn’t find a certain Indian ingredient or spice on American soil, Singla responded, saying she’d do what she could to sell the product.

“The point of view for this company is to make Indian food easy and accessible,” Singla told the news source. “If customers are saying they want certain things, it’s up to me to give them what they want.”

Develop real relationships
There’s one more way to let your passion show through in your work – you can use it to strengthen your personal relationships. This is especially important if you’re embarking on a startup venture jointly, be it with a spouse, family member or friend.

Amy Norman and Stella Ma are an example of this principle. The two met in 2004, when they were both working high-powered jobs at eBay, but five years later, they left their positions to launch a new company called Little Passports. They worried that being too emotionally invested in their job might jeopardize their friendship.

They combated this by developing their relationship more, inside and out of the office. This way, they were prepared for whatever interpersonal challenges came their way.

“Before we started the company, we talked about how we’d handle certain disagreements,” Norman said. “This way, when we have them, we get our perspectives out in the open, talk them through and move on.”

These are just a few of the ways you can use your passion to further yourself as an entrepreneur. No doubt, there are plenty of other approaches – what’s yours?

Inside Business - Entrepreneur Tim Petree on recruiting, marketing and blogging

Tim Petree is one example of a small business owner who's used social media as a candidate engagement tool in recruiting.