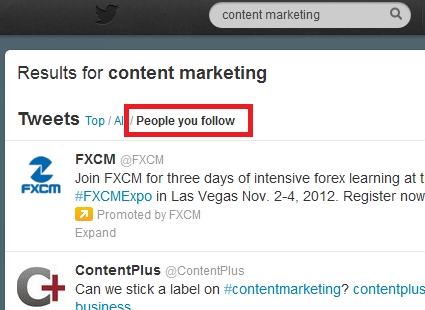 Twitter has proven to be a great resource among social media networks for generating leads and marketing your business, according to Print in the Mix. A recently released survey, Opify’s 2012 B2B Marketing Benchmark Report, revealed that despite Facebook’s dominance in driving traffic, Twitter remained the strongest social media channel for generating leads. The report noted that 82 percent of all social media leads came from Twitter, which outperformed Facebook and LinkedIn combined by a factor of 9-to-1. Facebook remains a juggernaut at driving traffic, accounting for a 54 percent share of all traffic driven by social media. Twitter ranked close behind at 32 percent, while LinkedIn was a distant third place, accounting for 14 percent of all traffic driven. However, as important as driving traffic to websites can be, generating concrete leads is that much more impactful. Here are some tips on how to generate leads through Twitter.

Create a dedicated Twitter landing page
Many Twitter profiles – really, all of them, if done correctly – should include a link to the company’s website. A great tweet could lead to a casual reader being directed to a new business that he or she had never heard of previously. To drive even more targeted visitors from your Twitter, consider creating a dedicated Twitter landing page, HubSpot recommends. The landing page could be designed in any number of ways, from an introduction to your company or content such as blog posts and white papers that drive lead generation.

Actively build your network
Twitter, like every other social media network, depends on its community of users to self-sustain the entire process. After all, without users who tweet interesting content regularly for other users to read, there would be no engagement or interaction whatsoever. Therefore, according to SocialTimes, it is essential to be as visible and have as wide a network as possible. Every member of your network – both people that you follow and users that follow you – are potential leads, waiting to be converted. Add people, mention them regularly and retweet their content – you will soon see your network expand vastly. For a more targeted approach, keep your followers and tweets as industry-specific as possible.

Participate in Twitter chats
The whole network of Twitter is designed to break barriers down and allow interaction and engagement where not previously possible. According to the news source, many micro-communities have been formed around certain topics, interests or industries. Twitter chats happen often where thought leaders or titans of industry can field questions from interested parties on products, services and just any general topic. Organize a Twitter chat at a set time and day and help educate your users and fans.

Be interesting and retweetable
Just as in other forms of content and inbound marketing, content is king. Therefore, in order to build your network in the first place, it is essential that your content be interesting so that other users will want to read and retweet the things you have to say. Nobody will want to read tweets and updates about breakfast, pointless musings or generally inane thoughts. Therefore, make sure that your content provides added value and is interesting or humorous. Ensure that the links you share are relevant and can be retweeted and shared by other members of your community to generate leads.

What are some ways that you have generated leads through Twitter?

Aim for the header: Giving your website the perfect top