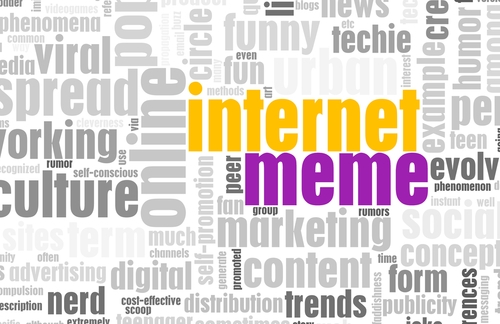 Some entrepreneurs spend years trying to find inspiration that’ll lead them to success. Others see an opportunity and seize it, but not everyone does that in hopes of hitting the big time. Some people capitalize on chances just because they want to improve their own lives, only to end up being extremely successful innovators.

This is what happened with Alan Schaaf and Imgur, one of the hottest startups out there today. While it might not be as talked about as Uber or Airbnb, the website’s popularity is growing on a daily basis. In fact, Imgur’s so popular that it’s the 25th most highly trafficked site in the United States, according to Alexa. This is good for the 59th spot in the entire world.

Schaaf didn’t set out to build one of the web’s most loved photo-sharing services. The founder just wanted to help Reddit. Schaaf was a frequent Reddit user while he was a student at Ohio University. However, he noticed a problem – there wasn’t an efficient way to share pictures on the platform. There were plenty of services and plugins, but most of them were extremely difficult to use. According to Business Insider, Schaaf explained his motivations in a post.

“I got fed up with all the other image hosts out there so I made my own. It doesn’t force you to compress your images, and it has neat things like crop, resize, rotate and compression from 10-100. It’s my gift to you. Let’s not see anymore imageshack/photobucket around here,” Schaaf wrote.

In an interview with SF Gate, Schaaf explained that he didn’t set out to start a business. Posting on Reddit was just a hobby, but he’s also driven to perfect tech as much as he can. Schaaf also used to play World of Warcraft for fun, and, in a precursor to him creating an image-sharer for another website, automated his account so his avatar would level up overnight.

A simple solution to an online problem
The problem with Imgur’s predecessors were their unnecessary complications. Most photo sites had multiple steps, and some required users to download extra programs. As a result, it could take someone upward of 10 minutes just to post a meme to Reddit.

He didn’t do anything revolutionary – he just streamlined the entire process. Imgur only requires users to upload their pictures and then provide dedicated links to them. People can use the site in a number of ways, including private photo storage and sharing on Reddit. However, Imgur quickly became a community unto itself. Many of the site’s users call themselves Imgurians and take pride in their reputations, which are based on points earned for uploading pictures and commenting on others. Many memes also exploded in popularity on Imgur. For instance, Doge and Grumpy Cat were all over the service long before they gained mainstream acceptance.

What about funding?
Most entrepreneurs are constantly looking for funding, turning to investors, banks and even crowdfunding. In other instances, business leaders just search for ways to monetize their products so that they don’t need outside financing.

Schaaf and Imgur have only accepted capital once. The news source reports that Ohio University gave the startup $25,000 as a grant a few years ago. The entrepreneur continues to turn away other financiers, instead choosing to “bootstrap” his company. His goal is to make sure the startup is completely sustainable and grows organically.

He has implemented a few money-making ventures to help fuel Imgur. First, there are premium accounts available. These allow people to access special features for a small monthly fee. Second, Imgur sells image hosting to a number of other websites and businesses. Finally, the platform also sells some advertising space, though Schaaf does try to keep it limited because he knows his users don’t want to see a great deal of sponsored content. Chief Operating Officer Matt Strader explains that this makes his job somewhat difficult.

“It’s my job to say the other ways we need to think about (features) to make money. [Let’s] be honest, it’s Alan’s site. It’s his baby,” Strader said.

Schaaf is only willing to raise capital if it helps him achieve his ultimate objective.

“We want to become the best place on the Internet for self-expression and entertainment. If we have to raise money to achieve that goal and maybe move faster, we’ll do it,” Schaaf told Bloomberg Businessweek.

Where’s Schaaf headed?
As of now, Schaaf is the head of Imgur and has made it one of the crown jewels of the Internet. However, there’s no telling where his career will take him. He could stay atop his company and drive it toward even greater levels of success. Alternatively, he could go the way of YouTube’s founders and sell his website while the getting’s good.

That second possibility could become a reality given Imgur’s popularity. Business Insider reports that Yahoo CEO Marissa Meyer started negotiations with the startup in fall 2013, hoping to make it her biggest purchase since acquiring Tumblr.

There’s no telling which direction Schaaf will go in, but one thing’s clear – he’s a driven entrepreneur who understands how to develop a successful product. No matter how his career unfolds, it’s likely that Schaaf will always find ways to capitalize on every available opportunity.

That said, many Imgur users hope that Schaaf won’t sell to Yahoo or any other website. Numerous people have posted images, memes and GIFs expressing their unease over the possibility that Schaaf would even entertain an offer from Meyer. This shows how dedicated Imgur’s fans are. However, if the sale were to go through, it may not be as bad as some users fear. After all, Tumblr has remained the same since being bought by Yahoo. As a bonus, Schaaf would be free to develop another great website.

What do you think about Schaaf’s career path? What can you learn about managing your business from Imgur’s trajectory?

LinkedIn for Marketing: Sharing Valuable Content and Showcasing Your Business

This is part 4 of a 16 part series, "Mastering LinkedIn For Business" LinkedIn’s company pages feature is making it easier for businesses to communicate