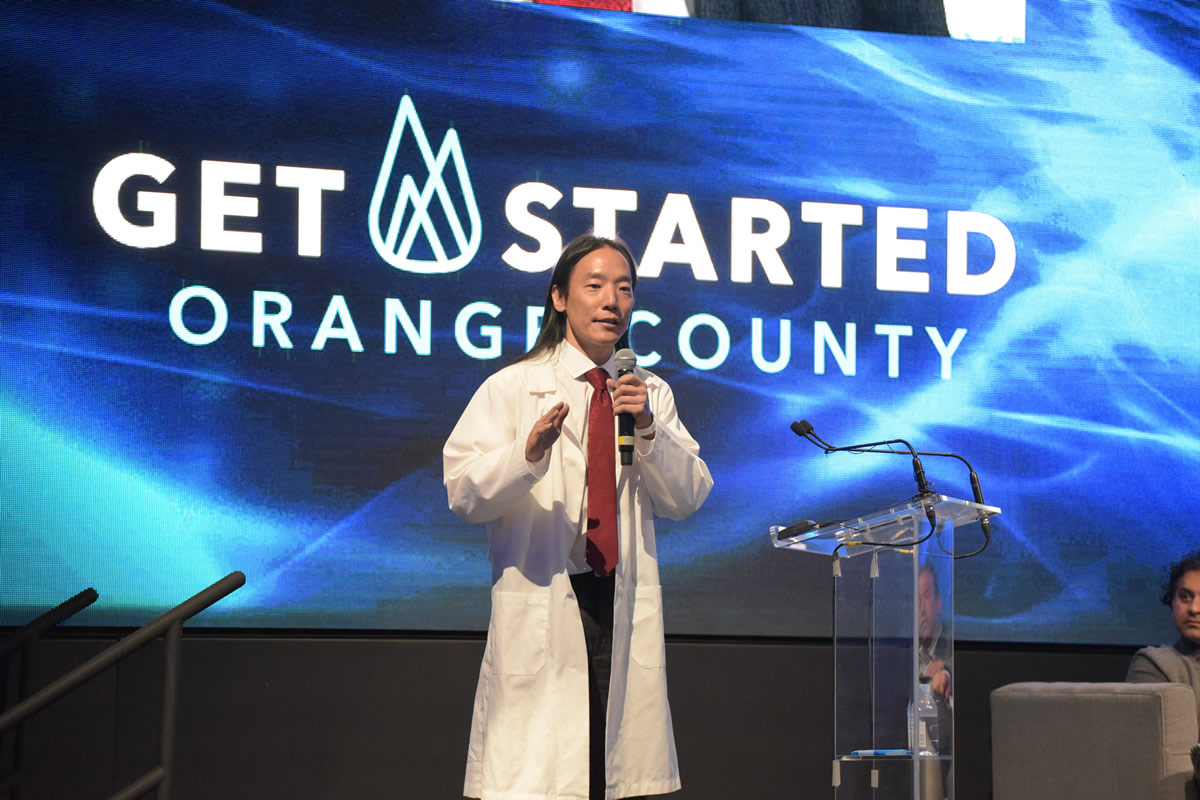 The human body is a miraculous thing. The field of medical research is uncovering myriad details on a daily basis about how our bodies work and how medical intervention can improve and support that functioning.

At the macro level, this research always seems to lead back to the nagging problem of aging and the toll it takes on the body. But what if someone were tackling that very problem and, meanwhile, tapping into the very real possibilities of extending the length and quality of human life?

Synova Life Sciences is a revolutionary company based in California that is changing the way we see chronic joint pain. Their mobile stem cell processing device has made it possible for patients to have their own stem cells extracted and then re-injected into a damaged joint, spurring growth and repair. “Our grand vision is really to be able to put an end to age-related conditions—and I think we’re on the cusp of it,” says John Chi, CEO of Synova.

Chi’s passion and enthusiasm for his work are evident, and the panel at the Get Started Orange County competition clearly saw that. “The opportunity to get up in front of such a great lineup of panelists and such a big audience and tell our story was huge for us,” says Chi. While the exposure itself was priceless, Synova does have plans for the $10,000 prize package that came along with their big win. “There are some things that we’re going to do in the lab to optimize the prototype we’re working on now, and this will also allow us to conduct much more detailed analysis on the cells coming out of our processes,” says Chi.

While some people may associate the idea of stem cell therapy with the ethical debate surrounding embryonic stem cells that began in the 1990s, Chi assures that Synova uses only adult stem cells. “When we first started, about four years ago, the doctors weren’t as receptive to the procedure, but I think there is a lot more public knowledge now. This doesn’t carry the same kind of controversy as taking cells from embryos. Adult stems cells are a lot safer and easier to work with,” he says.

Chi’s background in biotechnology was what initially sparked his interest in the field of stem cell science. “The need here is that there is a gap between the research and getting the stem cells to people,” he says. “One of my drivers was to be able to get stem cells to people so that they could actually use them, and we could realize more of the amazing potential that was being seen in the research.”

There are currently 27 million patients in the United States spending over $185 billion annually on arthritis care that, while it may treat some symptoms, does little to address the underlying damage to the cartilage.

Life of an Entrepreneur

Synova is not Chi’s first venture, so he brings to the table some truly valuable experience on how to run a successful business. His strongest piece of advice for those starting out is to be aware of your surroundings and make sure that you have your eyes on all facets of your company. “There are times when you need to trust your intuition,” he says. “It’s kind of hard to pin down, but maybe it has to do with that little voice that says ‘something’s wrong’ or ‘this is something that you need to do,’ and sometimes in the day-to-day shuffle, things get so busy that you don’t hear that voice or you’re not listening to it.”

Being a business owner doesn’t come without its sacrifices, of course. Chi works hands-on with the development side of Synova’s work and is often in the lab alone, late into the evening, working with cells or engineering software for their device. He identified his fiance and parents as great sources of support and reminds other entrepreneurs to “live, and not forget the people around you.” He also cites his father as his greatest inspiration. “Being able to see him fix or create anything he wanted to really set a core belief in myself,” Chi says. “He always encouraged me to participate or to do the types of things he was doing, so that instilled a confidence in me.”

Using just one word to define his life as an entrepreneur, Chi immediately landed on exhilarating. “There are a lot of ups and downs in this life,” he says. “But those moments when something goes right in the lab or results come back that were better than I expected, that’s exhilarating.” He points to the success of Synova’s very first patient procedure as his most satisfying moment in business. “I took a sample back to the lab and analyzed it and the cell counts were off the charts. They were higher than anything we’d seen in our lab work. I thought in that moment that we really did something great for this patient,” he says.

Chi’s motivation comes to him daily in the form of friends and family suffering from chronic joint pain and the knowledge that Synova’s technology is capable of helping so many people. “Being a part of where the future is going is amazing,” he says. “Seeing where science is headed in terms of the regenerative medical space (creating new organs and fixing chronic problems like organ damage and diabetes) lets me know that those things are on the horizon for us as a planet, and that’s a really exciting thing to be a part of.”

At the end of the day, Synova’s ultimate goal, says Chi, is simply to take care of people. He built his company’s culture around that very idea. “What we want is for people to have the ability to choose how long they want to live and to be able to live with a very good quality of life,” he says. “In a long-term vision of where we grow as a company, we want to be able to provide that to people in a way that means everyone has access to it.”

To learn more about the exciting work that Synova is doing, visit synovalife.com

6 Questions When Selecting a Technology Partner for Your Business

Selecting a Technology Partner for Your Business Outsourcing some of your IT needs to a technology partner can increase your business’ growth and profitability. Using