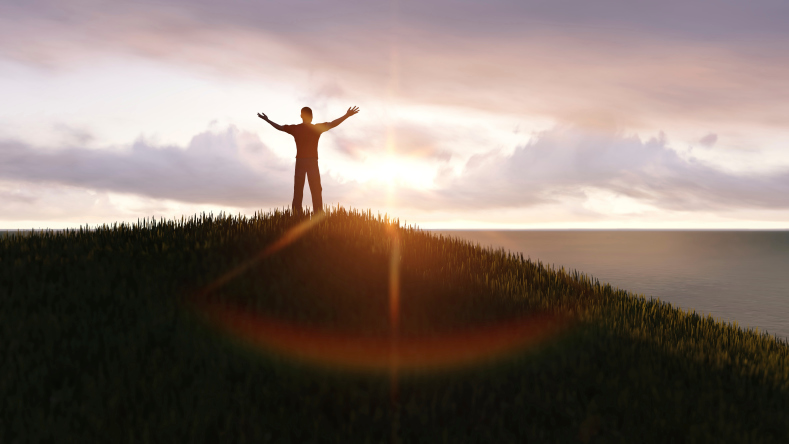 So you have an idea for a company. It’s going to be disruptive. You’re going to change the world. Great, but do you have what it takes to be an entrepreneur? It’s not easy, you know, and you’re probably going to have to change your whole life to make it happen. So if you’re ready to take the plunge, then there are several things you should know about the habits of successful entrepreneurs.

Recently, Entrepreneur magazine interviewed a handful of successful business people to try to ferret out some tips and tricks for aspiring revolutionaries, and the results were interesting to say the least. Suggestions ranged from the wildly cerebral to the visceral, but they are all worthy of study if you’re trying to come up with new ways of marketing your business.

The habits of success
For instance, Jesse Lear, co-founder of V.I.P. Waste Services, said that he ends every day by asking himself the following question: If I live every day the way I did today, what kind of a future would that create? He says that this forces him to constantly evaluate whether or not he is living up to his own expectations and priorities. Hearkening back to 19th century philosopher Immanuel Kant and his categorical imperative, Lear believes that aspiring entrepreneurs need to be self-reflective. More importantly, you need to always keep your eye on the ball, as the old saying goes, and if you notice that your actions are no longer pointing you in the direction that you want to go, you are doing something wrong. The future is shaped one day at a time, according to Lear, and it’s always closer than we imagine.

Other suggestions were significantly less philosophical. Phil Dumontet, founder of Dashed, claims that his best piece of advice he can offer to young entrepreneurs is to take a hot-cold contrast shower every morning. He says that he has been doing this every morning for 14 years, regardless of where he’s staying, what he’s doing or how he’s feeling. So what is a hot-cold contrast shower? It’s exactly what it sounds like: 30 seconds of ice-cold water followed by 30 seconds of hot. Rinse and repeat for about five minutes, and, according to Dumontet, you’ll feel like a new person. It might sound crazy, but there’s actually a fair amount of science supporting the health-inducing effects of cold showers. Gettingstronger.org writes that the cold shock of a shower improves cardiovascular capacity and improves your ability to adapt to stress. It also helps that it gets your body kickstarted in the morning with a healthy dose of adrenaline.

Other respondents were more goal-oriented, literally. BrandYourself’s co-founder, Patrick Ambron, suggested that aspiring entrepreneurs should set three specific goals weekly and monthly, and literally ignore everything else. The logic behind this point is that if you are trying to fix everything with your company at once, you will find that you don’t make much progress on any one thing. Ambron says that at least once each day, you should ask yourself if what you’re working on at the moment is directly helping you to accomplish one of your established goals. If your activity is not immediately driving you in the direction of your endgame, then you need to put it down and figure out how you can do something more productive. Ambron also suggests that sometimes self-monitoring isn’t enough – you need to have a team. To this end, he says that he has weekly meetings with his colleagues to establish new goals and reflect on how successful they were the previous week at staying on target.

Following in the vein of self-reflection established by Lear, Danielle Fong, co-founder of LightSail Energy, says that she owes much of her success to her ability to analyze essential questions from different perspectives. Fong starts with an open question, and she works on it for months or even years. These are things like how to find a co-founder for your business idea when people have their own interests and side projects that they’re pursuing or how to convince conservative clients to take risks with a new product. In trying to answer these questions, Fong tries to evaluate them with what she calls different lenses. By looking at a problem from all angles, Fong is able to come up with well-considered solutions.

Like Dumontet, Ryan Kania, founder of Advocates for World Health, believes in the connection between mind and body. He writes that in order to center himself each week, he takes the weekend to go on a long hike in a place he’s never been before. He says that he does his research in advance, and he’ll drive as far as an hour away from his home. His hikes range in duration from an hour to four hours, and he always takes an old composition notebook with him. He doesn’t necessarily sit down to write, but if an idea strikes him while he’s walking, he’ll stop and jot it down. Sometimes he comes back with pages full of ideas, and other times he comes back with just a few scribbles, but he claims that it it’s always productive. Kania says that this habit helps to relieve stress and unpack ideas from the week. He sees it as a form of meditation where he can focus on one thing at a time and figure out how to integrate new concepts into his business.

Reading between the lines
At this point, you may be wondering how you could possibly do all of these things. Indeed, as Forbes notes in an article on entrepreneurs that was posted last year, the habits of successful people are almost always idiosyncratic, so what can be extracted from these activities? If you were to look at the daily activities of the six entrepreneurs discussed above, you wouldn’t think that they looked anything alike. Showers, walks, bedtime thought sessions, group meetings – all of these things look different, but surprisingly, they are all connected.

Forbes claims that you have to look at how entrepreneurs think, not at what they do. By studying the habits of entrepreneurs, the article breaks down the process of starting a company into a six-stage process:

Entrepreneurs are goal-driven. They set a certain target, and they don’t stop going until they get there. However, the most successful entrepreneurs do not set their sights on material wealth. To do so is to put the cart before the horse. If you focus on improving your business instead of getting rich, then you will be able to build a successful venture, and the wealth will eventually come.

What do you do to keep yourself focused? What tips can you offer on self-reflection?

3 #Cybersecurity Solutions Likely to Gain Traction In 2022 And Beyond https://bit.ly/3dyt2GW

How to get press for your startup or small business

One of the most powerful tools for branding your business is getting mentioned in a press outlet. With the rise of the Internet, social