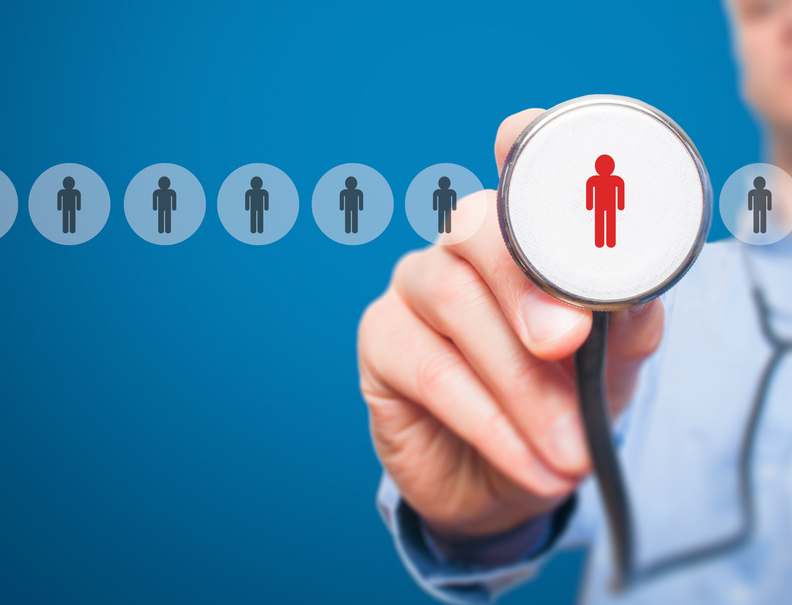 Virtual reality is one of the hottest growing trends in technology today. With industry leaders like Facebook and YouTube going all in with 360 video support, the time is now for figuring out what possible applications are useful for specific industries and fields.

Healthcare in particular has a wide variety of needs across multiple groups of users— patients, providers, and med students— that make VR a promising technology for solving some common problems.

There are always jitters that come with trying something for the first time. There’s a big difference between practicing something on paper or in a training scenario and doing it live and unscripted. Surgery is no different. Cutting into a living, breathing human being is going to be a bit different than using a dummy.

Companies like ImmersiveTouch and Medical Realities are trying to change that by developing more realistic VR training simulations. These programs can provide “training wheels” for medical students before they’re in front of the real deal, scalpel in hand. Using force-feedback technology and motion tracking, a student can experience both the visual and physical experience of doing a particular procedure. As we continue to develop more and more powerful ways of connecting the physical and virtual worlds, these simulations should only get more and more lifelike.

Med school training already incorporates a lot of work in a simulated environment, but VR is even more effective. The difference in retention level is particularly impressive, a level of 80% a year after the training, as opposed to 20% for a week of traditional training, according to Dr. Narendra Kini, CEO at Miami Children’s Health System. Kini attributes the difference to the fact that VR may help us create memories, so it’s as if we’ve already performed the procedure before.

“The level of understanding through VR is great because humans are primarily visual and VR is a visual format,” said Dr. Kini. “We believe that there are numerous opportunities where repetitive training and skill set maintenance are critical for outcomes. Since there are not enough patients in many cases to maintain these skill sets, virtual reality is a real addition to the arsenal.”

The problem with rare, difficult procedures, from a medical training perspective, is that there aren’t a whole lot of cases to learn from. Something like a cricothyrotomy— in which you cut into the patient’s neck to fit a tube through a thin membrane into the trachea— needs to be done quickly yet precisely, but is not often performed. With better surgery simulation, medical students and staff can get more opportunities to get confident with a rare or unusual procedure.

There’s also the possibility of creating more detailed recordings of rare or difficult surgeries as they’re performed, which students and practitioners can then access and view in VR. This so-called “VR in the OR” experience heightens the immersive factor of the experience, giving you a chance to actually experience doing the surgery as it happens.

For students, the experience of watching a surgery as if you’re the one performing is so much more informative, and gives you some added confidence when you’re actually faced with the task. For other people, like attendants who won’t actually be performing the procedure, VR gives you the freedom to look around and notice details you wouldn’t pick up in an ordinary training video.

Medical staff have to care for people with a wide variety of experiences with a lot of empathy and understanding. Their interaction with the healthcare system is often during some of the most difficult moments of their life. A student in their mid-twenties can have a hard time truly understanding what that’s like, even though they may get it on an intellectual level. With VR, however, the old expression “you can’t understand someone until you’ve walked a mile in their shoes” takes on a new meaning.

“We Are Alfred,” a revolutionary VR experience developed by a team of students at University of Illinois, seeks to give you the experience of living life as a 74-year-old. The game lets you experience life as Alfred, an elderly patient whose audio and visual problems are misdiagnosed as cognitive ones. You can talk to the doctor, but it’s hard to clearly hear what he’s saying. You can try to read his lips, but his face is mostly a black smudge.

“The project is focusing on comfort,” said Eric Swirsky, clinical assistant professor of biomedical and health information sciences and a faculty adviser for the project. “It’s not curing, it’s not curative, it’s not even treatment-oriented. It’s about comforting and understanding where the patient is so that you can be with him.”

As cheaper and more accessible versions of VR like Google Cardboard and the Samsung Gear become more widely available to the general public, VR in outpatient therapy could become a major gamechanger.

A good example is phantom limb pain, a condition that affects over half of all amputation patients. A patient may feel that their missing limb is tightly clenched or otherwise in pain, with no way to relieve that feeling. The traditional mirror box treatment is less effective than previously thought, but VR treatment seems to work extremely well.

With behavioral therapy for things like phobias and PTSD, VR can be used to put patients into a triggering scenario in a controlled environment. Bravemind, a PTSD treatment suite developed by the USC Institute for Creative Technologies, uses VR to provide graduated exposure therapy to victims, allowing them to gradually process their emotions triggered by an episode.

The VR revolution offers many promising possibilities for healthcare providers and patients. By putting you right in the middle of an experience, it will revolution the way we learn, the way we empathize with other people, and the way we treat patients.

Microinfluencers Punch Above Their Weight for Marketers Influence has traditionally been the province of the powerful. Back in the Middle Ages, the word meant “emanation