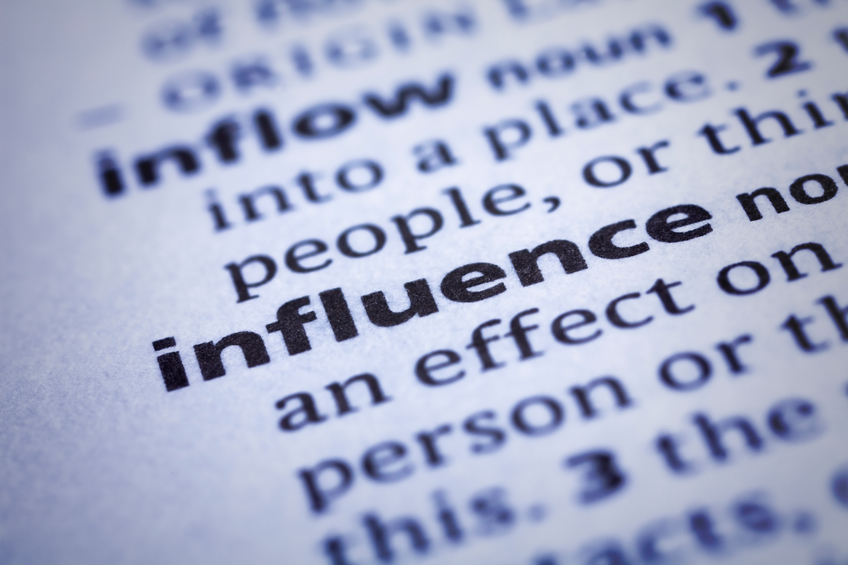 Microinfluencers Punch Above Their Weight for Marketers

Influence has traditionally been the province of the powerful. Back in the Middle Ages, the word meant “emanation from the stars that acts upon one’s character and destiny.”

In modern times, influence often emanates from stars of a different sort—celebrities from the big screen and the playing field who lend their names—for heavenly fees—to brands to endorse products.

But how strong is their influence, really? Increasingly, brands have been asking that question, and many are turning away from expensive celebrity endorsements to court the influence of “microinfluencers” instead.

So, what are microinfluencers? Here’s an explanation—and some tips for finding them and using them to your own advantage.

Who Are These People?

Microinfluencers are the bloggers, industry insiders, and socially connected individuals with 500 to 10,000 social media followers who like and trust them. The theory behind using them is that people in their sphere of influence are more likely to act on their recommendations than they are, say, to make a purchase after viewing a brand or product being pitched by a celebrity.

In contrast, 83% of respondents said they trust the opinions of friends and family, and take action on these opinions at least some of the time. Microinfluencers are more aligned with this trustworthy group.

Microinfluencers also may give advertisers more bang for their buck. One study found microinfluencers promos return $6.85 for every dollar spent, a return on investment that microinfluencer platform Mavrck says exceeds performance for print, TV, online, and radio ads by wide margins.

In the digital age, where we divide our time between real and online “friends,” microinfluencers may be the new word-of-mouth. The trend may gain importance as viewers increasingly tune out or block traditional ads. In 2015, ad blocking grew by 41% globally and 48% in the US, and its growth appears to be headed straight up. Microinfluencers don’t interrupt like regular advertisers—their followers seek them out and choose to listen.

Microinfluencers are a new trend, so there’s not a lot of data on effectiveness, but a study by Experticity said they have over 20 times more “buying conversations” (posts that include product recommendations)  than the average consumer and that 82% of  consumers are “highly likely” to follow their recommendations.

It did for Shoes of Prey. The custom shoe designer hired teen beauty vlogger Blair Fowler to host a product giveaway on Facebook, resulting in a 300% increase in sales. What’s more, the giveaway post, which got over 750,000 views and 30,000 comments, drew media attention from the Wall Street Journal, Business Insider, Entrepreneur, and other high-circulation publications. Marketers call that “earned media,” and it’s the best kind of publicity, because it’s both trustworthy to readers and free to marketers.

Shoes of Prey’s microinfluencer success eventually led it to a partnership with Nordstrom.

Another brand that drew eyeballs from microinfluencers is Dixie QuickTakes, makers of disposable plastic containers. The company used Makerly, which creates influencer campaigns, to find food and parenting microinfluencers willing to promote the product. According to Makerly, the company spent $10,000 and reached over 77 million people. Viewers of its blog posts and Pinterest Pins continue to grow.

Customers who ignore marketing messages listen to micros. On Instagram, social media marketer Gnack says microinfluencers get two to five times more engagement than those with more than 100,000 followers.

How to Find Microinfluencers

There are two ways to connect with microinfluencers: use a platform like Mavrck’s, or do it yourself. The software platforms use algorithms to find appropriate microinfluencers across the web, including those who already follow your brand or have interacted with it beneath your radar.

To find influencers on your own, the first step is to reach out to customers who already love you—those who visit your site and buy a lot of products—says social analytics company Simply Measured.

Then search the social media universe by using hashtags for your brand and keywords relevant to what it does. But don’t stop with social media. Do Google searches to find bloggers, vloggers, reviewers, and commenters who share interests and demographic traits with buyers you want to reach. See if the people who follow or interact with them would be a good audience for you.

Remember, you want people with 500 to 5,000 followers. Some marketers say you can go up to 10,000, but after that, according to a Markerly survey, you get diminishing returns.

What to Do with Them

Once you’ve rounded up some promising microinfluencers, reach out to them individually and offer some of your products as perks in exchange for a mention, or better yet, a giveaway. That’s all it takes—for micros, just being recognized by a brand is part of the reward.

If they agree, give them talking points for your brand, but don’t be heavy-handed or try to tell them how to get their message across. After all, their fans love them because they’re creative and genuine. You don’t want to insult them—and besides, they may know more than you do about appealing to their niche.

The downside of microinfluencers is that their reach is, well, micro. That means you need to use a lot of them. Some may turn you down, so reach out to a large number.

Microinfluencers require some legwork to find, but using them won’t break your advertising budget. And with all of the current changes in traditional and online marketing, you owe it to yourself to give them a try.

6 Free Ways to Build Buzz for Your Business

You may have the greatest product in the world, but if no one knows about it, your business won’t stand a chance. Marketing is an