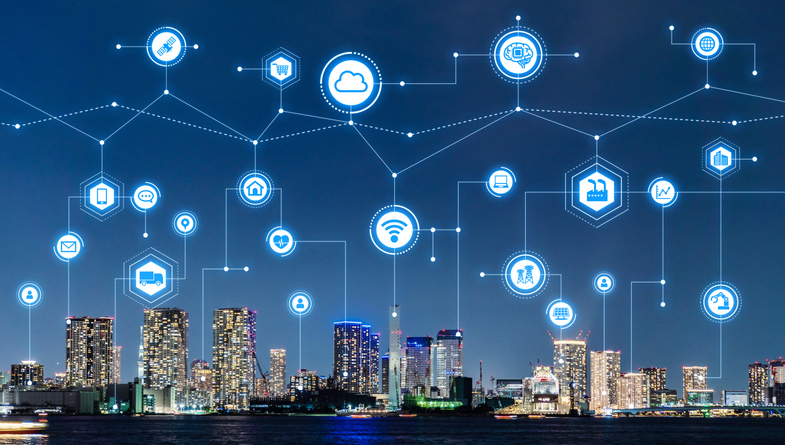 Technology has changed the way we live our lives and smart city technology is about to change that even more.

Many modern businesses are focused on digital transformation, using technology to reshape long-standing business processes and remove inefficiencies. Even in traditional trades like, landscaping, auto-repair, etc., businesses can leverage tech to make themselves easier to find, streamline billing, and grow their business.

Increasingly, cities are setting their sights on how they can use technology to streamline and automate all the processes that come from urbanization. From bringing WiFi and wireless networks to new places to collecting data via IoT-enabled devices that can help make real-time decisions. There are myriad ways that cities can transform the way they operate.

However, making these kinds of changes isn’t as easy as setting up a network, adding some IoT devices at key intersections, and calling it a day. You need to be smart about building a smart city. It requires some serious thinking about the scope, implementation, and inter-department collaboration. Here are the 10 keys to considering if you’re planning and building a smart city.

1. Data Is the Foundation

The most important thing to keep in mind as you consider any sort of smart city project is that your decisions are only going to be as good as the data you have coming in. Taking advantage of advances in processing and analytics, therefore, means figuring what data you need, how to get it, how to transfer it to where it needs to be, and how to store it.

Historical trends are particularly important to urban planning and development, so whatever solution you use needs to be resilient, meaning you’ve taken all necessary measures to ensure it will survive no matter what happens. That means redundant backups, both off-site and in the cloud. It also means you need to be selective about what data you need to hang onto and for how long.

A modern smart car, for example, can generate up to four terabytes of data per day. You probably don’t need to keep all of that data in perpetuity. So, setting up local storage and periodically sorting through it for longer-term use on the cloud network is key. Data like HD footage will only get larger. It will be important to focus on what’s necessary (and for how long) in order to make the most of cloud resources.

2. The Network Is the Structure

If data is the foundation on which smart cities are built, then the network is the structure that lets you build off it. Your data, after all, is only going to be as useful as your ability to manipulate it, and that means being able to pull information from across the network at a moment’s notice..

In order to understand how a network should operate at the kind of scale we’re talking about, it’s helpful to look at other implementations out there that approach the kind of complexity a smart city will require. As Julie Song, President at Advanced RF Technologies, writes for Forbes: “Sports stadiums, or any venue that hosts thousands of people in one area at the same time, aren’t inherently capable of supporting adequate cellular connectivity to send a picture, text, or even a phone call. In order to improve cellular coverage and capacity, most of these venues install distributed antenna systems (DAS), with many strategically ‘hidden’ remotes and antennas for all major U.S. carriers in the venue.”

It’s important that these network node placements are close to the action, so to speak. When it comes to connectivity, distance and architecture matter, as do materials. Most of us have experienced that one room of our house where the WiFi signal can be finicky, and usually, that has to do with what materials your signal has to pass through on its way from the router to your device.

The same is true for your urban network. Working with a provider like Cox Business, who understands the ins and outs of networking, and can account for those issues is key.

On top of the physical demands of your network, there are digital requirements as well. The biggest priority is creating a low-latency environment that allows your decision-making processes to keep up with the blistering pace of 21st-century urban life.

Think through which IoT devices need to connect and how. A sensor that reports the water level of a well once a day, for example, probably has vastly different requirements than a traffic camera at a busy intersection.

For devices that need to run on batteries because it’s difficult to run power to them, a low-power wide-area network (LPWAN) protocol is key. This allows them to continue to report information without requiring constant replacement. A camera, on the other hand, needs the bandwidth to support moving large files around as quickly and seamlessly as possible.

If you’ve spent any time reading or working on network security, you know it’s vital to keep your devices up to date. New vulnerabilities are discovered all the time, and you need to be able to patch, update, or replace any device on the network without disrupting daily operations. A modular infrastructure enables you to keep everything updated while also giving you the flexibility to make upgrades or scale up as needed.

It should go without saying that digitizing civic infrastructure carries some pretty significant risks with it. A coordinated cyberattack where a hacker gains control of IoT-connected devices could potentially wreak havoc in the physical world.

These concerns are fairly common in any conversation around the Internet of Things, but it becomes amplified when we’re talking about the scale of a smart city. Because its civic infrastructure, attackers could be motivated by any number of reasons, from financial gain to political reasons.

The Microsoft Research NExT Operating Systems Technologies Group published an excellent and thorough whitepaper, “The Seven Properties of Highly Secure Devices.” They outline them like this:

Answering these questions can point you toward the places where your network may be vulnerable. Security is a constant battle, so it’s important to start thinking like an attacker to understand where you need to shore up your defenses.

Another major concern to keep in mind as you ramp up connectivity and data collection is privacy. For all of the benefits that analytics, AI, and big data have granted us, there are some serious issues with how much the government could potentially know about its citizens.

The picture isn’t quite clear yet on how to best find a middle ground, but with regulations like the European’s Union’s General Data Protection Regulation (GDPR), expect conversations about privacy to continue to evolve. The best thing you can do right now is to keep it top-of-mind in any planning you’re doing.

It can be easy to find your head in the clouds when you’re talking about smart cities. We talk a lot about data capture without being specific about what kinds of things you’re looking for.

One of the reasons why it can get vague is because this kind of data could include virtually anything. Weather, wind direction and intensity, road surface temperatures and conditions, soil moisture, wildlife, noise pollution, sewage flow rates, valve pressure, water quality, pollen and more are just some examples of the kinds of data you could collect.

Philadelphia is implementing an app to notify drivers when there’s an empty parking spot, which will also reduce traffic and pollution. Boston is looking at all sorts of traffic data to protect bikers and pedestrians.

New York has automated its water meter reading system to streamline usage monitoring and billing. As part of their preparation to host the Olympics, Los Angeles has installed smart street lights that not only save money and electricity but serve as nodes for LGE connectivity, utilities monitoring, air quality sensors, and more.

Data processing is just as important as data collection. As we discussed earlier, not everything you collect is going to be useful for your entire network. It’s important to whittle down what you pass along to the cloud.

In the meantime, it’s useful to have local data processing resources. Distributed processing gives systems like dynamic traffic management the ability to respond much faster.  This reduces the need to check in with HQ to make every decision.

Rolling out a smart city plan at the scale we’re talking about is a big project that can widen endlessly. It can start to feel like the entire project isn’t worth starting if you can’t overhaul several departments at once. The truth is that for a lot of people, talk is cheap.

The trick, then, is to drive bigger transformation by starting with small, tangible wins as proof of concept for your larger goals. Start with one or two doable projects that provide real value to departments and the citizens they serve.

Focus on making people’s jobs easier, and you’ll have their support. It’s local engagement that drives change in the larger ecosystem.

At the same time, that doesn’t mean that you can’t design these projects according to your larger goals. You can still bake-in principals for building a larger network and infrastructure, making it easy to use your early wins as a stepping stone to bigger and bolder things. Think of implementation as a snowballing process, starting small and building up momentum along the way.

When you’re trying to implement a large-scale change of any type, people can get territorial. Each department has its own unique way of operating. Teams are understandably sensitive to any changes that might disrupt their routine.

The problem that many digital transformation projects run into is different departments within the same organization solving the same problem in different ways. This makes collaboration harder, not easier.

Any smart city initiative needs to make de-siloing a priority. Departments must share data and agree upon formatting standards and procedures so everyone can get the most out of it.

This goes double for any new equipment or other infrastructure. It makes sense to pair a traffic sensor with an air quality monitor, for example. However, that can only happen with effective inter-department communication. Think big, and get everyone involved.

Chances are your city is already incorporating numerous IoT and networking solutions to improve operations. The difference between that and a smart city, however, comes down to vision and planning.

Can you think holistically and connect systems to get the most complete picture of municipal life at any given moment? Do you have the infrastructure to analyze that data and then take the appropriate actions? Are you thinking about privacy and security from the start? These keys can help you make the vision of a smart city into a reality.

8 Fintech Trends Will advancements in financial technology help your company navigate risks while cutting costs? From the services you use to the ones you