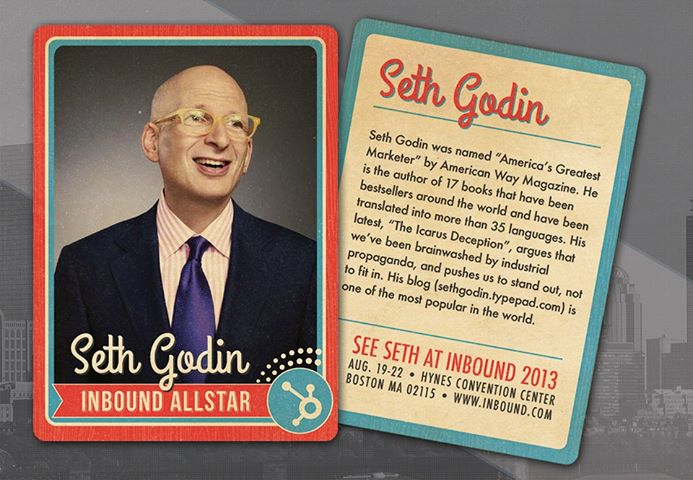 According to Seth Godin, marketing guru and bestselling author, there were two developments in recent history that shaped today’s inbound marketing landscape.

The first was mass production. When Henry Ford rose to prominence around the turn of the 20th century, he popularized the concept of the assembly line – by putting workers into specialized roles and training them to work together as part of a bigger process, the automaker made production of goods faster and more efficient.

The second? Digitization. Godin came of age during the 1970s, and back then, if you had a favorite recording artist, you went straight to the store to purchase a record as soon as possible. Now, that’s no longer necessary. Every piece of music (or any other media content, for that matter) one can ask for is available at the click of a mouse.

Now that we’ve entered this modern era, with so many mass-produced goods and services available so easily, the trick is finding a way to differentiate one’s brand from the rest. Godin, speaking at the 2013 Inbound Marketing Conference in Boston, used the example of opening a deli in Brooklyn.

There is no shortcut
In his keynote address, Godin promised the conference’s attendees that he was there to present the No. 1 shortcut that would transform inbound marketing. As it turns out, that pledge was a ruse.

“The No. 1 shortcut in the connection economy is that there is no shortcut,” Godin admitted. “If someone comes to you and asks ‘What is the shortcut?’ then they’re asking the wrong question.”

Rather than look for shortcuts to get their messages out there, Godin recommended that marketers seek creative ways to connect themselves and their brands with consumers. There is no shortcut, Godin explained, but there are four guiding principles.

We may live in a world of countless mass-produced goods and services, but we have a way of selecting our favorites. Inbound marketing is a matter of making connections with others, uniting them behind their common interests in their favorite brands. We’re capable of doing that.

Connecting and leading
Marketing isn’t just about spamming people with calls and emails until they relent and buy your product. In fact, that strategy rarely if ever works. A healthier way to look at inbound marketing is this – at its core, it’s a matter of sharing ideas. Anyone can share ideas, whether they’re a bestselling author or just another face in the crowd.

“You will learn more at this conference from each other than you’ll learn from the people on this stage,” Godin said. “When we create an environment of connection, we create enormous value by creating networks of people who want to pay attention to one another.”

Though the beauty of inbound marketing, Godin noted, is its ability to bring people together. And when you do that, you naturally emerge as a leader in your field.

“The Beatles did not invent teenagers,” he said. “They just showed up to lead them.” In this new, interconnected world, marketing is a more challenging endeavor. People are smarter and have more discriminating tastes, so inbound marketers must step