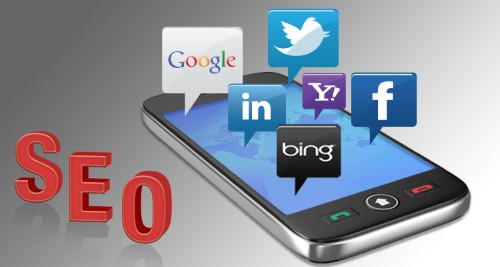 The need to participate in social media marketing is an inescapable reality for small business owners. Failure to maintain proactive and effective social media marketing strategies for small business is akin to shooting yourself in the foot while your competitors sprint ahead. However, there are many nuances to efficacious social media management that you might not be aware of, chief among them being the importance of search engine optimization (SEO). Linking social media strategies with SEO considerations is a truly potent weapon, and here are some tips on how to do so.

Link to pages frequently
For every new webpage, blog post or photo that you’ve taken, be sure to link to it on your Facebook and Twitter accounts, as well as any other social media network you may be on. According to Business 2 Community, this will help Google crawl and index your page much more quickly so that it can be ranked higher in searches. Additionally, Google especially values links from social media so integrating the two as much as possible is a no-brainer.

Expand Google+ presence
Along those lines, more small businesses should be looking to ramp up their Google+ accounts. The relatively nascent social media network is an important component, largely on the strength of its Google name and backing. Naturally, social media posts from Google+ will show up even more frequently on Google searches. Additionally, as a comparative amateur among social media networks, being an industry leader by being on it before your competitors are will give you a leg up.

Join Pinterest
Similarly to Google+, another relatively young social media network that features substantial power in the SEO field is Pinterest, according to Search Engine Land. Not only does Pinterest send nearly as much referral traffic as Twitter, one of the titans in the industry, but Google now actively crawls pins and boards, making it that much more SEO-friendly.

Encourage bookmarking
Finally, you should be encouraging as many people as possible to bookmark your site. This can include employees, family members of employees, customers and clients. According to Business 2 Community, an abundance of bookmarks from varied sites can significantly boost your website’s rankings in both the short and long term. This is even truer when the bookmarking is carried out organically.