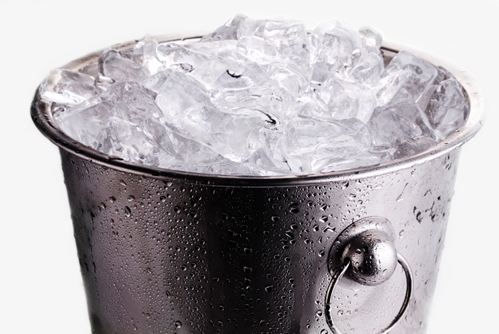 By this point, it’s pretty difficult to find someone who is not aware of the “ice bucket challenge.” Millions of people have accepted this challenge and passed it along to others via Facebook and other social networks. The scope and longevity of this phenomenon far outpaces most trends of this sort – the ice bucket challenge has been an unbelievable success, one that is bound to have a huge impact on fundraising and social media marketing in the future.

With that in mind, here are a few lessons your company can learn from the ice bucket challenge.

1. Video power
One of the big takeaways from the ice bucket challenge’s success is that video can have a huge impact on social media, as Entrepreneur Magazine contributor Robert Tuchman asserted. Tuchman explained that videos often have a better chance of going viral than photographs. This is due to the fact that watching a short movie creates more of an experience for the user than glancing at a picture. And people tend to want to share their experiences with others. That inherent urge played a huge role in ensuring that the ice bucket challenge became a huge success.

When marketing your business through social channels, you should also consider how you can harness the power of video. Most obviously, your business can make its own short videos and encourage your followers to share them through Facebook and Twitter. Even better, develop a contest or other incentivization program that gets people to make and share their own videos. This will get people actually excited to play a role, and that can go a long way toward achieving social marketing success.

2. The timing must be right
Another key lesson to be learned from the ice bucket challenge, Tuchman argued, is the importance of timing. In this particular case, the significance is obvious: No one would have willingly poured a bucket of ice water upon himself in the middle of the winter. Only in the summer months could this challenge go viral.

For most of your social marketing campaigns, weather will probably not be that much of a factor. However, if your campaign involves the outdoors in any capacity, then you need to pay close attention to the seasons.

Beyond this, timing will still play a big role. On a day-to-day basis, this can affect whether it’s better to send out a tweet or Facebook message in the morning, afternoon or night. More broadly, there is usually going to be an ideal time of year for any given promotion, be it the holiday shopping season, tax season, the beginning of spring and so on. You’ll need to do research to figure out when to launch your latest campaign and how long to let it run. Skipping this step will reduce the maximum impact of your marketing efforts, leading to disappointing results.

3. Fun
While the ice bucket challenge was obviously created primarily to encourage donations to a good cause, that alone certainly does not explain the enthusiasm with which many have embraced the ice bucket challenge. There’s no denying that the actual activity itself is pretty fun. Pouring ice water on yourself isn’t all that appealing in and of itself, but in the context of a charity drive that you can share and challenge your friends with, it becomes a pleasant, even desirable, experience.

You should never underestimate how important fun is when it comes to social marketing. While you can certainly encourage people to participate in your campaigns by offering prizes and discounts, that type of incentivization is no match to the organic desire to have a good time. If you can develop a social marketing plan that engages your followers in a genuinely fun way, they will not only eagerly take part, but also share their experiences with their friends and family. Just like that, you may have a viral sensation on your hands.

4. The cause
Naturally, the ice bucket challenge differs in several significant ways from your typical social media marketing effort. Most notably, the purpose of this campaign was to raise money for ALS research, rather than promote a product, service or company. People feel far more inclined to take part in a charitable viral phenomenon than a typical corporate ad campaign.

For this reason, you should consider the actual cause behind your social marketing effort. It may be worthwhile for your company to sponsor a charity and try to gin up support for this project through social networks. By doing so, you can potentially impact a far greater number of people, albeit in a less direct way. However, if you follow this course, you have to be careful to avoid over promoting your brand – the charity has to legitimately come first.

5. Simplicity
One more component of the ice bucket challenge which helped it become a viral success was its simplicity, Forbes contributor Steve Olenski recently explained. As he noted, the rules governing the ice bucket challenge were very straightforward: If challenged, you had to either donate money to an ALS charity or dump a bucket of ice water on your head and donate a smaller amount. Then you challenged three more people to follow suit. And whenever anyone posted a message or tweet about this challenge, they used the hashtag #IceBucketChallenge or #ALSIceBucketChallenge.

The simple rules, number of people to challenge and hashtags all made the challenge easy to remember and share. This low barrier to entry made the event feel accessible, even to those people who would normally sit out any sort of viral trend.

By keeping your own social marketing campaigns as simple as possible, you can extend your influence and impact.

As the economy recovers, you’re likely to meet a starry-eyed human babbling on about becoming a business owner. Probing for the object of this person’s