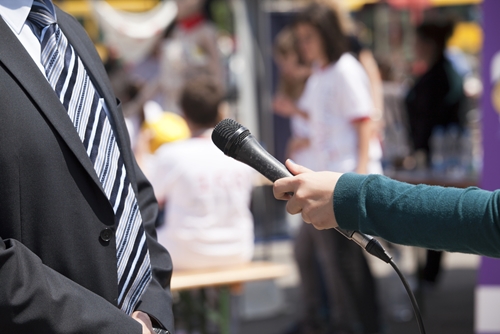 Many companies rely on media coverage for expanding their reach, and of course, the press has changed greatly over the last few years thanks to social media. Facebook, Twitter and similar websites have provided companies a new way of connecting with reporters for potential stories.

In a recent Demand Success 2014 panel moderated by Vocus’ Breeanna Straessle, The New York Times’ Gene Marks said that if you start communicating with reporters via social media, you may catch their eye. He recommends starting by talking about articles and recent news.

“You can find yourself tweeting at a journalists and getting responses,” Marks said. “I would recommend that you rely on it more.”

That said, some panel members prefer other email for pitches. Direct Marketing News’ Elyse Dupre believes that it’s just easier than some other options.

“It’s a good reference. If you call me, I have to write down the number,” Dupre said.

Dupre also noted that email’s search functionality is also incredibly helpful. For instance, if she needs to refer back to an older message, she can find it and respond appropriately. For the most part, CNN’s Michelle Jaconi agreed with Dupre. However, she recommended being a bit creative as well.

“The combination of pluck and email is my favorite,” Jaconi said.

She uses this strategy in her own work. One time she had an assistant print her email and put it in her colleague’s office. He was initially confused because he didn’t know “who still prints emails,” but it worked – Jaconi got a response and approval for a new project.

In terms of your business, you need to develop your own creative ideas. The specific approach will always differ based on the story you’re pitching and the journalist you’re speaking with. A simple solution is to offer new information to an article that someone has already written. As with most outbound communications, you need to tailor your strategy to increase the likelihood that you’ll get a response. How to build relationships
Straessle then asked the panel to discuss how companies can forge relationships with the press. Marks explained that small events with select media outlets can be a great way to get coverage. In large press conferences you don’t have time to talk to everyone, but you can establish connections with a small group if you follow Marks’ approach

Jaconi said that an easy tactic is “be where journalists are like conventions.” She said she was “shocked” that more PR people don’t attend large gatherings because media organizations are already there specifically to listen to everyone.

Finally, Dupre recommended always following through on your promises and plans.

“The biggest thing for me is just being reliable. I have go-to PR people who have always delivered,” Dupre said.

Your business, or at least your PR department, needs to be trustworthy in the media’s eyes. If you constantly pitch stories and promise sources for various topics but fail to deliver, the press will start ignoring you for more reliable people.

That’s why you should always make sure your ducks are in a row before reaching out to a media outlet. When you’re prepared to move forward with a specific strategy, you won’t drop the ball and you can build strong relationships with journalists so they’ll cover stories based around your business down the road.

We are excited to kick off #Hitech 2022 with opening remarks from Cox Communications Vice President of Hospitality, Jady West. Stop by booth #1625 and visit us today. We have some incredible plans for this year's conference you won't want to miss. @hn_network @BlueprintRF

As the first day of Demand Success 2014 neared its end, HootSuite's Sandy Pell led a discussion about social media and its ties to