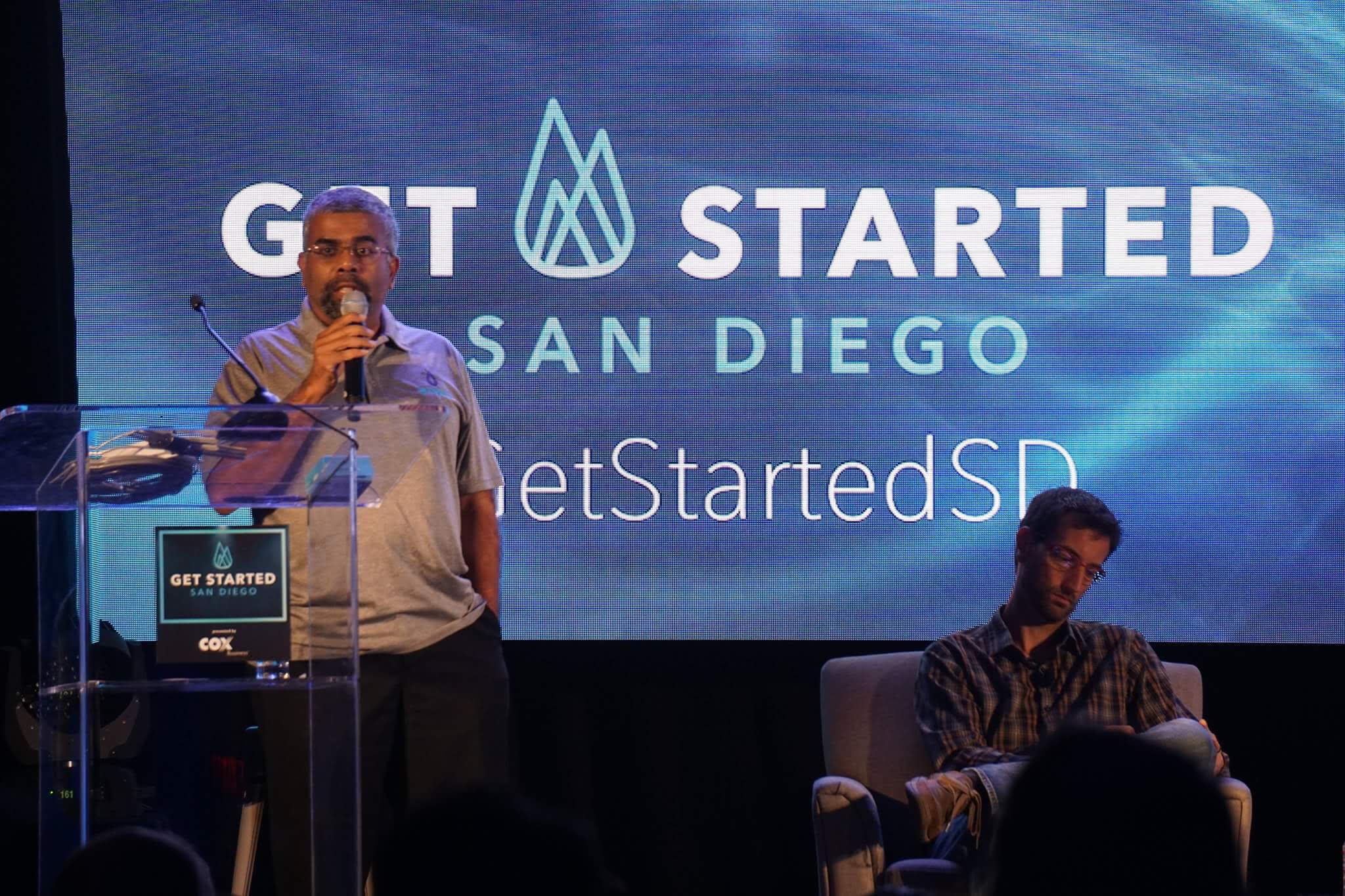 The world’s population is set to reach 9.7 billion by the year 2050. With that comes an inevitable struggle to properly allocate vital resources like food and water. All the while, farmers are battling issues like climate change and resource depletion on a daily basis, grappling to find a footing that will ensure they can provide consistent, quality products while also maintaining a livelihood.

What if there were a company dedicated to doing its part to ensure that the future population of the world would be fed? And what if they were doing so by implementing user-friendly, accessible technology that gives farmers indispensable data about how to maximize every inch of their fields?

Anjum’s background is in wireless communications and machine learning, but a few years ago, he and his wife bought a house and were quickly overwhelmed by one aspect of its upkeep. “We had to maintain a nice lawn and a nice garden, and I don’t have a green thumb,” he says with a laugh. “I’m more like a brown thumb person. But being an engineer, I started looking for something that could help me do this job better, and I found out that there really are no good sensors out there.”

Looking beyond the residential market, Anjum discovered that even in the commercial agriculture segment—where the need for data on water and fertilizer efficiency is acute—there existed no accessible technology to bridge the gap. Around this time, he met GroGuru’s co-founder, Jeff Campbell, who had a background in soil sensor agronomy. “We thought we were a good combination. And obviously there’s a pain point out there, there’s a need, so let’s combine forces and try to provide a solution that the world will appreciate,” he says. So they set out to create a technologically advanced system of sensors that would provide growers with up-to-the-minute data to help them increase yield, conserve water, and reduce operating costs.

Taking home the top prize at the San Diego Get Started competition is a huge step for GroGuru. Anjum credits his friends/mentors Shawn Conahan and Dylan Weening for their help in preparing for the competition, and he already has plans for how to utilize the expansive prize package. “The cash portion of it will go towards helping us continue to raise investments and paying the salaries of some of our sales people,” he says. “As far as the non-cash portion is concerned, I’m looking forward to working with the Cox team on the marketing aspect, because that’s an area where we really need some help in getting the message out to our customers.”

Already, Anjum has seen the win generate palpable excitement and awareness for his product. “It has certainly increased our level of credibility,” he says. “There were a couple of potential angel investors who were on the fence, and right after this announcement was made, those guys decided that this is a bandwagon that they want to hitch on to.”

Getting Your Hands Dirty

Currently, the GroGuru team is composed of partners Anjum and Campbell, four part-time staffers, and four salespeople (three part-time and one full-time). As with most startups, Anjum says they place their focus on finding mission-oriented and flexible team members. “Everybody has to wear multiple hats,” he says. “Sometimes I’m out there in the field digging holes because we need to install a system, and that’s what I expect from everybody on the team. They need to be ready to do anything and everything that’s needed in order for us to get to the next level. And we lead by example.”

Even when Anjum isn’t physically working in the field, you can count on him being up and hard at work around the same time as his farming customers. He begins his workday around 4 am and typically doesn’t wrap until 9 pm. Whether it’s handling critical communications for the company or assessing the health of all the currently installed systems, the name of the game for him is always efficiency. “I try to do some sort of a postmortem at the end of every day to see whether any of the activities that I undertook that day were a waste of time,” he says. “I try to see how I could have prioritized differently and make a better plan for the next day.”

Like many business owners still in the early years of a startup, Anjum admits that work/life balance is hard to attain. “I would tell all entrepreneurs that you’ve got to have great support,” he says. “My wife is so supportive, otherwise it would have been pretty difficult for me to do this.” After giving up what he calls a “very good job” at his previous company, Anjum is committed to doing whatever it takes to make GroGuru a success, no matter how demanding. “It always takes longer than you plan and it always takes more money than you plan,” he says. Thankfully, he knows what he’s fighting for.

In addition to winning the Get Started competition, Anjum points to a recent customer interaction as one of his most satisfying moments thus far in business. “This came from a farmer who recently began using our system. He told me that he was sure because of it, he would be saving 10 to 20% on his water bill,” he says. “It said to me that we, as a company, are making a real difference in the life of a human being. That’s going to be thousands of dollars for him! And it’s this one human being now, but hopefully a lot more going forward.”

Anjum pointed to Apple and Amazon as two business models he admires in relation to his work with GroGuru. Working hard, working smart, and bringing user-friendly utility to the agriculture space are his top priorities. “We want to make it simple like Apple’s products, but also take a page from Amazon’s book and keep reducing the cost of the hardware in order to enable more growers to use it,” he says.

In the long run, Anjum envisions GroGuru as part of a larger agriculture-focused company, doing its part to help the farmers of the future meet the globe’s increasing demands. “We’re working towards improving the standard of living and ensuring that we do what we can in order to feed the future population of the world,” he says. “It is a big responsibility and it will take the work of many people, but making even a small contribution towards that final objective is what keeps us energized.”

How Blockchain Can Transform Healthcare

The blockchain revolution has made its way to the healthcare industry, and it’s only the beginning of what’s possible. Healthcare Rallies for Blockchain, a study