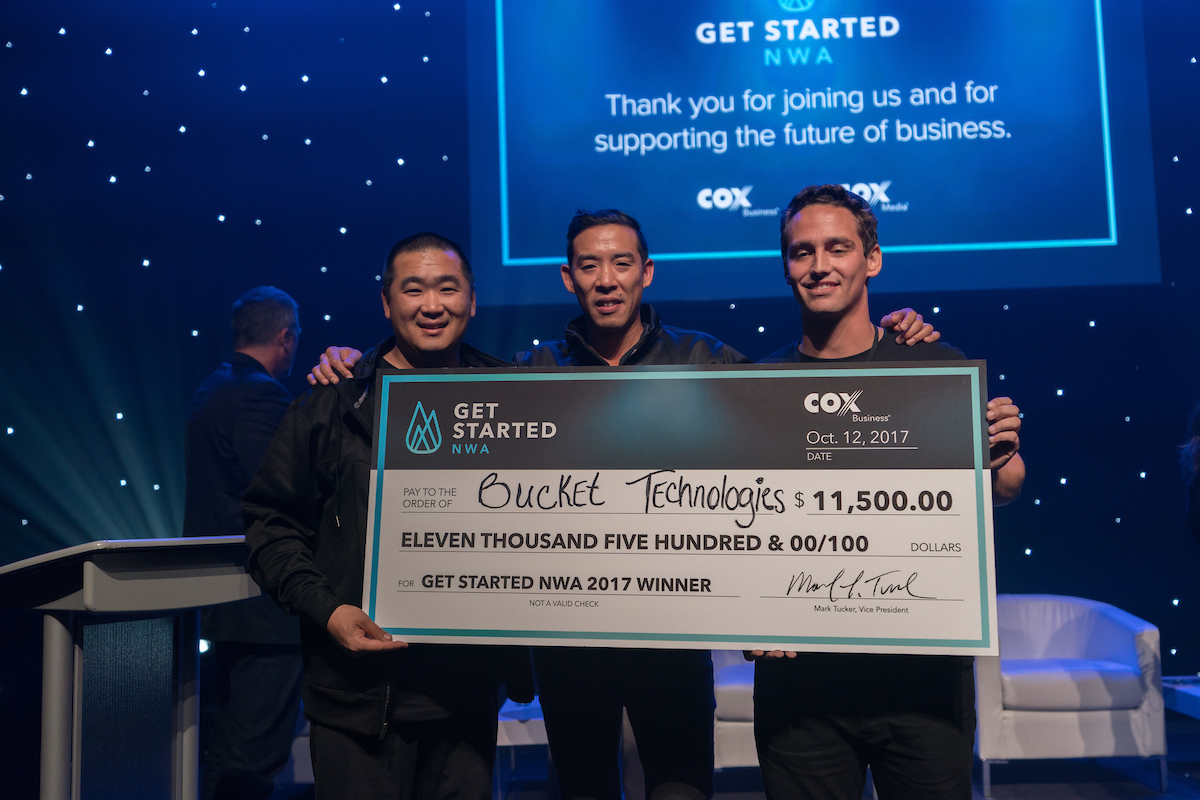 Everyone has one. Whether it has accumulated in the cupholder of your car, or in a jar on your nightstand, we’ve all got a pile of coins taking up unnecessary space somewhere in our lives. And while we might get around to changing them in for bills at some point, the stark reality is that many of them will simply be rendered useless.

$62 million worth of coins are thrown in landfills every year. In addition to that sobering statistic, the energy and cost required to produce and transport coins far outweigh their actual value. As we move more and more towards a digital economy, can we make a break with clunky coins for good? That’s the end goal for this innovative startup.

The idea for Bucket was originally born in 2003 when Hwang was working on a research project related to the San Francisco branch of the Federal Reserve. The group’s goal was to “attempt to quantify the amount of energy required to maintain the fiat currency instrument within the United States,” he says. He was surprised to find that despite their inferior value, coins represented the dominant cost in the exchange.

At the time, however, technology simply hadn’t caught up enough to make his idea feasible. “Cash registers were just that; they weren’t connected to the internet. There were just too many limitations on that side,” he says. But by 2016, he felt that consumer behavior and digital POS systems had evolved to the point that his idea could be implemented. He joined forces with Kam—an established entrepreneur he had met through his then-girlfriend (now wife)—and in August of 2016, Bucket was born.

Hwang and Kam approached pitching at the Get Started Northwest Arkansas competition as a sort of “gut check” and a way to gauge reaction to their idea outside their own personal bubble. “Regardless if we won or not, we knew it would be nice to get a heartbeat,” Hwang says. The judging panel’s reaction was an enthusiastic “yes,” and the guys walked away with the win.

They plan to utilize the prize package to execute a number of forward-moving steps. “We’re entertaining a couple of office locations in and around the Northwest Arkansas area, and wherever we set up is where we plan to utilize the technology package,” Hwang says. As for the marketing aspect of the package, they’re already in talks with Cox about cosponsoring multiple local events.

The team is excited to get out in the community even more, as they’ve seen great feedback since winning the competition. “I’ve gotten to speak in depth regarding Bucket, the direction of fiat currencies, and the direction of POS systems in the retail space,” Hwang says. “It’s already been showing and bearing some fruit for conversation.”

While the Bucket team has lofty goals about helping to eliminate the need for coin currency, the beauty is that their process and product are efficient and simple. Their app will allow consumers to “bank” coin change resulting from retail cash transactions into a sort of “digital piggybank,” meaning they would only get paper bills back in exchange. Once a consumer has banked $50 in change, they’re sent a message to cash that out.

Their most powerful motivation is the chance to make a holistic impact on society in a measurable way. “By the simple act of bucketing your change or physical coins when you shop with cash, we actually benefit everything above that,” Hwang says. “The environment, societal inaccessibility, and mobility of people’s money…and we saved everybody a ton of money across the board.”

It might seem revolutionary to imagine a coinless society, but Kam says the time is now. “It’s almost irresponsible to be facilitating coins because we have now a mechanism for you to make an impact upstream with very, very, little cost,” he says. “The cash transaction has not been innovated ever. You hand over a bill, you get coins back 99% of the time. There’s definitely that behavior pattern, whether it’s coming from the decision makers in corporate or the consumers. But we have faith in humanity and we are hoping that people embrace the solution.”

Hwang and Kam are actively in pursuit of participating retailers to onboard, starting with the immediate communities in the Northwest Arkansas corridor. “We have a handful of small and medium businesses already signed up since it’s very much DIY and they can go on their tablet-based POS and download the app for free and immediately begin bucketing for free as well,” Hwang says. They also have commitments from all the area Chick-fil-A restaurants to participate.

Because the app will be free to use for both consumers and retailers, the Bucket team is focused first on helping people understand why there is such a pressing need for their product. “Since society only interacts with coins at the retail location, it’s really our job to educate them on their impact to the environment, societally, the user experience for people who shop with cash, etc. and get them onboard,” Hwang says.

Not Their First Rodeo

Hwang and Kam have both launched successful businesses before, so they’re well-versed in the complexities of life as an entrepreneur. “Francis and I, we’re not in our 20s doing a startup,” Kam says. “There’s pros and cons to that, but nevertheless it’s still fun to be in a startup environment because there’s excitement and passion.”

Bucket’s altruistic aims aren’t new to them either. Hwang’s first startup, My Red Rabbit, works to deliver healthy meals and snacks to preschoolers in New York City and now proudly serves 20,000 of those meals a day. Kam reiterates that the strongest startups will always be those that move beyond the desire for quick profit. “Find something like what we’ve found in Bucket that is making a measurable difference to the world, to your community,” he says. “Be mission focused, not just passion focused where it’s self-interest, but something that actually serves others.”

While their passion is abundantly clear, Hwang and Kam are aware of the challenges they face and are prepared to prove why Bucket can and will be a game changer not just in the retail space, but for society as a whole. “At the end of the day, the world is made up of people, and to be able to instill value and bring people together to achieve things is where we’re focused,” Kam says.

Small Business Saturday is on the way, and you need to make sure you have a solid plan to take advantage of the extra