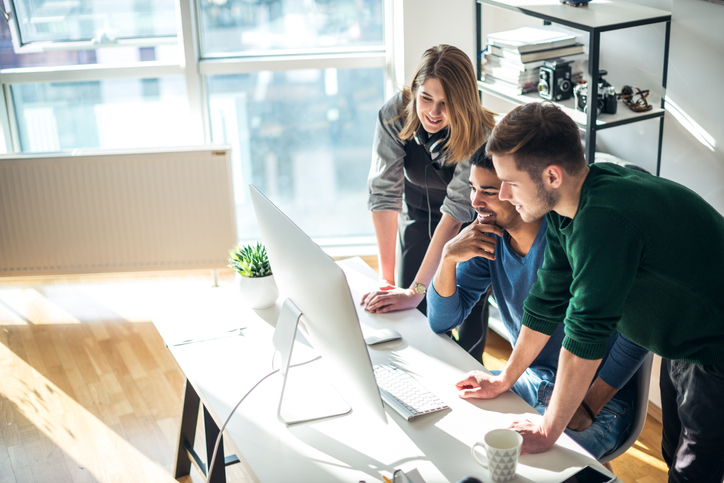 If you want to start a company but you don’t have technical skills, you may be in a position where you need to look for a tech partner for your startup. It’s doable— AirBnB’s founders created a billion dollar tech company without coding skills. Of course, doing so is far easier said than done.

Programming and other technical jobs are usually high-paying, and good people are always going to be in demand. If you’re looking to hire someone, you’ll not only be competing against other startups like your own, but also against large well-resourced companies like Google, Apple, Salesforce, and more. In the initial stages of a project, there’s not much you can offer a potential CTO or tech cofounder that can’t be topped elsewhere. Equity is useful to a point, but 50% of nothing is still nothing.

On the other hand, working for too long without a tech partner you trust can lead to bad choices that can haunt you for years. Getting a prototype build on the cheap is one thing, but if it can’t scale or version you’ll lose time and money doing work you’ve already paid for.

The trick to finding a tech partner is all about timing. If you know where you are in the development cycle you can make decisions that both help you take the next steps and pay off in the long run.

If you’re trying to move from the idea stage to something you can use to actually make your pitch and generate some investment dollars, you’ll want to get started making an MVP (minimum viable product). As the name describes, you’re trying to make the absolute simplest possible implementation of your idea. You want something usable that demonstrates how your idea works and why someone would want to buy it.

At this stage of the game, you probably want to minimize your investment, which means that you don’t necessarily want to hire in-house people to start developing. Before you deal with salaries, benefits, equity, and more, you need to know if your idea works or if you need to go back to the drawing board. That means looking for a third-party team that can get it done and give you something to actually work with.

When you’re first starting out, it’s tempting to go as cheap as possible to get your idea done. Hiring a third-party team based in Croatia, for example, like David Bailey did for his startup 3 Kinds of Ice. Unfortunately, that didn’t turn out to be a great idea for the long run: ”The product didn’t scale. At all. It wasn’t just that the app got slower and features stopped working, it was also that adding new features easily broke old ones, the code base was increasingly hard to maintain, and iteration was painfully slow.”

Startups Need to Invest in Advice

As a nontechnical person working in a business that requires technical expertise, you need to understand the importance of investing in good advice. David Bailey hit LinkedIn to find the most senior tech person in his network, an experienced and respected CTO and offered him a few points of equity to be an advisor. This move was smart because it helped him understand how much he didn’t know. It also gave him access to a much more diverse network of tech references, which eventually got him connected with a consultant.

“The problems were deeper than I’d realized. The back-end architecture was highly non-standard. The API wasn’t RESTful, didn’t support versioning (which has proved a massive headache), and wasn’t built to scale. The front-end was a mess of spaghetti code with hundreds of Xcode errors and no clear data model.”

This just goes to show that you need to have a plan when it comes to tech. You don’t know how much you don’t know, which can put you in a dangerous position. This is a big reason that you want to build your MVP as light as possible, so reworking it isn’t as painful. All advice isn’t necessarily good advice, so figure out to how to make an investment in quality guidance.

Moving to the Next Step

Even as you get further along, you still need to be careful about who you bring on board, and more importantly how much money you have in the bank. At this stage, you can hire a CTO for your team if it’s a friend or someone that believes strongly in your idea, but the best thing to do is to look for an outside team. There are companies that can specifically help you with this, like ThinkApps or Accelerance.

Until you have something you can sell to bring cash back in the door, you need to keep your overhead as low as possible. Flexibility is the name of the game. Working with an already-existing team means that you don’t have to waste time looking for the right people, and then worrying about how they’ll work together.

If you have referrals for people, and you know it’s manageable with a small team, freelancers are another hiring avenue you can tap in order to keep your overhead low. Going back to David Bailey’s story, this is the route he went in bringing someone in to try to untangle all the problems he had found.

This option can work well, but make sure there’s vetting at some stage in the hiring process. Yes, you can hire someone who just learned to code for $15 an hour, but you probably can’t afford to have a second person go back and do all of that work again because the first person didn’t know what they’re doing. Sometimes a slightly larger investment up front saves you time and money in the long run.

Bringing in a Tech Team

Once you actually have a product that is working and bringing money in the door, you can start to think about hiring your in-house tech team led by a CTO. At this point, your concept has shown potential, which means that your equity is actually worth something. You also probably have a clearer picture of where you want to go next, and what needs to happen in order to make your product everything you know it can be.

If you already have people working with you as freelancers, you might benefit from the Ikea Effect— our bias to love our own creations. You also have the benefit of already knowing how you work together in a lower-risk relationship. If you’ve been working with a third party, you might be able to hire a few people away with the right offer. Again, you’ve actually built a working relationship, which is the most persuasive pitch you can possibly make.

Building a business in tech without technical skills can be tricky. You don’t know what you don’t know, but you also need to be careful about overextending before the economics make sense. At the same time, good people with tech skills are in extraordinarily high demand, which means that you’re competing with basically everyone to get someone you want. If you’re looking for a tech partner, here are some things to keep in mind:

Planning for Success: How to Create a Technology Blueprint for Your Business

When it comes to implementing technology for your business, planning is everything. We rely on tech to help us get more done, keep track