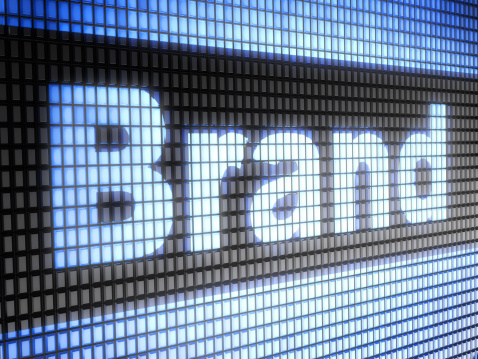 How important is naming and rebranding for startups?

What’s in a name? Finding the right name for a product, or even for the small business that makes it, is notoriously tricky.

“Consumers want names that are easy to remember and that tell a story.”
The difference that rebranding can make for a business
However, settling on something memorable and descriptive (i.e., does the name give any indication of what the company does?) can make a world of difference in the hyper-competitive startup space. All of this is to say that getting the right name is necessary but far from sufficient for success in the short and long term. Many other ingredients such as precise product/market fit, smart marketing, revenue and/or venture capital funding, talent acquisition and reliable connectivity (with voice/data/video services to support email and apps like Slack) have to go into the mix to make that clever name seem prescient.Of course, you could change the names of any of these companies today and it would not fundamentally alter what they specialized in. Facebook would still host a social network and Apple would still sell computers, after all.

Should startups use shorter names to make bigger impressions?
There really is no way around the truth: Most startups are not successful, even if their key ideas and personnel end up being reorganized into something else or absorbed by a larger company.

Up to 90 percent of startups may fail, a rate that holds even for teams that are accepted into elite incubators such as Y Combinator. It is not apparent, though, what really makes or breaks a startup’s fortune early on, although there have been indications that startups led by previously successful individuals may have better prospects.

Maybe names hold a clue. A smart, concise name may be a symptom of a startup that has solid fundamentals. A recent study, titled “Where is Silicon Valley?,” found much higher rates of success among startups that had short (i.e., three words or fewer) names and were not eponymous (in this case, named for the founders):

These findings make some sense. Consumers want names that are easy to remember (and to Google, which, while we are at it, is another good example of a snappy name that can be used as verb) and that tell a story rather than simply recite who’s in the company. Firms are looking for names that are easy to remember, that will come up in a search,” Scott Stern, a professor at the Massachusetts Institute of Technology and one of the authors of the report, told Slate. “If you have a smaller number of letters and you’re missing a vowel, you will have that distinctive search pattern.”

So, searching for “Spotify” is much more straightforward and rewarding than it would have been if the company had been named “Daniel Ek,” after its creator. Moreover, the use of catchy name patterns, such as missing Rs (Tumblr, Flickr), “-fy” (Spotify, Shopify) and “-ly” (Bitly, Feedly), has become a reliable convention for attracting and holding customer attention.

The same report, published in “Science,” found that some California communities, such as the towns of Menlo Park and Palo Alto in the Bay Area, were more amenable to startups than others, including big cities such as Los Angeles and San Jose. Many factors go into making a city ideal for entrepreneurs, including the VC community, what other companies are in town (e.g., Facebook is headquartered in highly rated Menlo Park) and the quality of available networking infrastructure.

As startups embark on their journeys, these fundamentals – such as where to set up shop and what connectivity services to get – deserve as much attention as figuring out what to name the company. A clever, memorable name may be the sign of an up-and-coming company, but success with any name will still at the end of the day depend on hard work, creativity, and technical infrastructure.

5 Ways Your Business Can Use Social Media To Promote Events