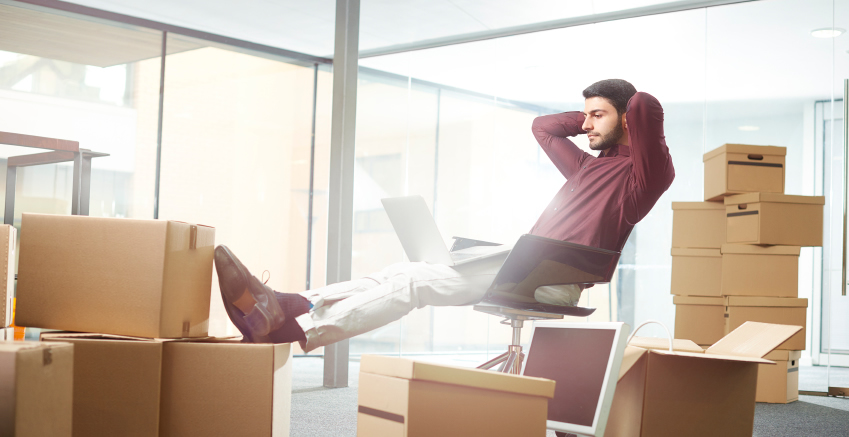 Tell me if this sounds familiar – you’ve got a great idea for a startup, you’re willing to invest all kinds of time and money and you’re anxious to get the ball rolling ASAP. You may well be in that boat, but guess what? You’re not alone. There are thousands of people everywhere having exactly the same thoughts.

The sad reality, of course, is that most of them fail. Forbes recently estimated that 90 percent of all startups are dead within their first year. That’s a staggering figure – it means that even if you have a brilliant idea now, nine times out of 10, you’ll be looking around for another desk job before the end of 2016.

“What traits separate the precious few startups that survive from the rest of the pack?”

Naturally, your quest is to become one of the fortunate 10 percent who make it. But how can you make that happen? What traits separate the precious few startups that survive from the rest of the pack?

It helps to take a look at some of the most common mistakes that others in the startup game tend to make. Then, you can avoid those same missteps as you go about managing your small business.

A derivative idea will get you nowhere
The most important element of a successful startup is beginning with an idea that’s creative and original. If your idea for a business is the same as five other brands that are already established, consumers won’t have much reason to show interest.

Paul Graham, co-founder of seed capital firm Y Combinator, is a staunch believer that unoriginal, derivative ideas are startup killers. Graham wrote on his website that if you apply for funding with an idea that’s too familiar, you’re sure to be ignored.

“Many of the applications we get are imitations of some existing company,” Graham noted. “That’s one source of ideas, but not the best. If you look at the origins of successful startups, few were started in imitation of some other startup. Where did they get their ideas? Usually from some specific, unsolved problem the founders identified.”

Graham pointed out that many of the best business ideas were born out of real-life problems that needed addressing. Google exists because its founders wanted a better way to find stuff online. Apple came about because Steve Wozniak wished for a better computer. Think about your own life and the lives of those close to you – what’s an original idea that could make them better?

Insufficient market research will come back to bite you
Once you have an idea, the next step is to research it to death. Find out what it takes to succeed in your chosen market. What kind of revenue can you expect to bring in? How competitive will the marketplace around you be?

According to Forbes, you will be in real trouble if you fail to do the legwork and research these questions. Ajay Patel, founder and CEO of HighQ, told the news source that startup ideas come cheap, but fleshing those ideas out with great research is what can set you apart.

“It’s easy to confuse a good idea for a good business,” Patel pointed out. “Ideas are a dime a dozen. What turns a great idea into a great business is execution, and a fundamental stage of execution is market research. Skipping research, ignoring the results or forecasting off of inaccurate data can quickly lead to failure.”

Making sound business decisions requires a great deal of awareness – not just about yourself and your product, but also regarding how you fit into the overall marketplace. It takes a lot of work to figure these things out.

Your first hires are essential
To achieve startup success, you can’t do it all yourself. As your business grows larger, you need to have a team of people by your side that you can trust to carry out your startup mission.

According to the American Express OPEN Forum, it can be really problematic if you make poor hiring decisions and bring on people who don’t have what it takes to lead your business forward. Deepti Sharma Kapur, who started FoodtoEat in 2012, said that this was a big issue for her early on.

“I was hiring people who didn’t understand the company or the vision but were just looking for jobs,” Kapur said.

This meant she had to fire people and start over. Now, she has a smarter approach that includes vetting people thoroughly and finding talent that really fits.

“Now I’m mostly relying on references and talking to people in the industry,” Kapur said. “And the first question I ask is, ‘What do you know about the industry and our company?'”

It’s no mistake that FoodtoEat now works with more than 900 food vendors and posted $500,000 in revenue last year. Kapur made this happen by making smarter hiring decisions and building her business the right way.

Don’t take no for an answer
As you attempt to grow your business bigger and bigger over the years, you’re sure to hit roadblocks. People will tell you that you won’t succeed in a certain market, or you can’t possibly make a certain amount of money.

“You can’t take no for an answer if you want to achieve startup success.”

According to The Next Web, you’ve got to block out that noise. Pete Weijmarshausen, CEO of Shapeways, a 3D printing company, emphasized that you can’t take no for an answer if you want to achieve startup success.

“There will always be people who tell you that something is impossible. Don’t listen,” Weijmarshausen recommended. “When I started Shapeways, complex software needed to be built, and when I first reached out to developers, a lot of them laughed and told me it was impossible. I never took no for an answer and eventually found a great team that helped me build what Shapeways is today. Always push for yes.”

If you want to succeed badly enough and you’re willing to work for it, things will fall into place eventually. Perseverance is essential in this line of work.

What you can do differently
Most startups may fail within their first 12 months, but you don’t have to turn out like most startups. Avoid making the same mistakes that they did:

Additional Steps to Secure your Cox WiFi By now you’re well aware that offering Cox WiFi access to customers is a smart business decision. It