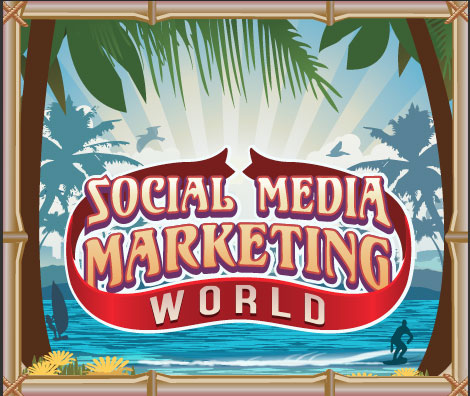 While Social Media Marketing World (#SMMW14) may be over, everyone’s still talking about it. And for good reason. In fact, several good reasons.

Mark Schaefer was among the first to say it when he said,” SMMW14 was probably the finest conference of any kind I have attended”. It’s a sentiment that’s since been echoed by many others.

Here are some of the highlights that made this year’s Social Media Marketing World  one of the best.

1. Location
San Diego. There’s really not much more you have to say. Who doesn’t want to go to a beautiful city on the Pacific Ocean that averages 70 degrees year round after enduring one of the harshest winters in recent memory? Many of the conference attendees decided to stick around for a few extra days, and there was certainly no shortage of things to do. From the beach to the famed San Diego Zoo, #SMMW14 visitors were able to get the most of their experience in a number of ways.

In addition to the city itself, though, the actual location of the conference – the Manchester Grand Hyatt San Diego – could not have been a better venue. The conference rooms were the perfect size, the Wifi was fast, the food was great and the staff was extremely helpful (more on the staff later). To top it off, the hotel is right next door to Seaport Village and a short walk to some of San Diego’s most renowned attractions, including the Gaslamp Quarter, San Diego’s premiere dining, entertainment and urban shopping district.

2. Planning
Most conference goers have experienced at least one event where the organizers have inundated you with emails leading up to the event, but the emails say, well, next to nothing. With #SMMW14, this was not the case. From the informative event website to the emails laying out the registration steps and agenda, the quality and cadence of communicating to attendees could not have been better.

Still, the website and the emails were just the tip of the iceberg. After all, this is one of the largest social media marketing conferences in the world, so the expectations from attendees for a significant social presence were pretty high – and #SMMW14 delivered. From apps like Bizzabo to the mainstays like Facebook, Twitter, Instagram and LinkedIn, the organizers at #SMMW14 had everyone covered. With everything from a thorough breakdown of each speaker session to threads, groups and conference-specific hashtags that helped attendees keep in touch before, during and after the event, #SMMW14 guests always knew exactly what was happening, and where. 3. The Speakers
It’s always a privilege to hear from some of the most influential social media marketers on the planet, and #SMMW14 was no exception. Major industry players, including the likes of Ted Rubin, Neal Schaffer, Kim Garst, Mari Smith, Chris Brogan, Jay Baer, Ekaterina Walter, Marcus Sheridan,  and more, were all on hand to tell their stories, share their expertise and mingle with attendees.

From networking tips to strategic engagement to social optimization across each of the major platforms, the sessions ranged from the amusing (singing and taking selfies) to the highly informative. It was a great mix of people and topics, and everyone came away with actionable tactics, tools and ideas that will propel their social media efforts now, and in the months to come.

4. The Content & Information
With such an impressive group of speakers, it was clear by the end of the day on Friday that the sessions were the highlight of the event. With so many of the leading experts in social media marketing on hand, including several from top brands like Sony, Dell, Cox, Dunkin’ Donuts and Marriott,  #SMMW14 was a truly unique event.

The vast majority of attendees went into the conference knowing quite a bit about social media marketing, and it’s safe to say everyone left knowing quite a bit more. The sessions were engaging, entertaining and informative, and the ability to choose from a variety of different tracks and courses tailored to specific needs was perfect. Its  something that can be a challenge to do effectively for even the most skilled organizer, and at #SMMW14, they nailed it.

5. Online Engagement
Being that Social Media Marketing World is a large, international social media conference, online engagement is a clear priority. Using the hashtag #SMMW14 allowed attendees to reach out to and connect with their fellow guests, live tweet the sessions and network before and afterwards.

The hashtag even morphed into other, more specific (and often humorous tags), including #SMMW14Problems.

But these were the kind of problems conference organizers would love to have.

Apart from Twitter, the organizers did a fantastic job facilitating discussions across other channels too, including Facebook, Instagram and LinkedIn. Each format gave users a different venue to share their thoughts about the conference, engage with new followers and create valuable long-term contacts. Perhaps the best part about Social Media Marketing World 2014 was the fact that there was never any point in which an attendee didn’t know what to do next. Following the hashtags and groups on various other channels offered information from the best speakers to go and see to the restaurants to head to for dinner following the conference. 6. Networking Events
It may seem commonplace for a major industry conference to include networking events, but at #SMMW14, these events went above and beyond your average meet-up. On the first night of the event, all conference-goers were invited to board the USS Midway Aircraft Carrier, which at one time held the title of being the largest ship in the world. During the event, attendees were tasked with filling out networking bingo cards, which was a great way to facilitate discussions and build relationships between the guests, speakers and sponsors.

The next night, #SMMW14 actually topped itself, bringing 1,000 people from the event out on San Diego Bay for a networking cruise. With spectacular views of downtown San Diego and Coronado, attendees enjoyed a night of food, drinks, karaoke and, of course, networking. For even the shyest conference-goer, it was impossible not to enjoy the atmosphere and engage in some exciting industry-specific discussions aboard the ship. It was an event and night that conference planners dream about hosting.

7. The Staff
Saving the best for last, the staff throughout the trip (easily recognizable with their white SMMW t-shirts), was extremely accommodating, attentive and friendly. While the conference’s social presence certainly gave attendees good information throughout the conference, the staff proved to be the true heroes, never hesitating to answer even what seemed to be the silliest of questions (“Did you see where Tim Washer went?” for example).

On top of everything else, the staff truly made every attendee feel comfortable and at home, no matter what corner of the globe they were traveling from. Whether a guest needed a power cord, wanted to meet a particular speaker, or simple directions to the appropriate conference room, there was always plenty of staff on hand willing to do whatever it took to help attendees get the most out of the experience.

After a few incredible days in the beautiful city of San Diego, I can safely say that #SMMW14 was one of the best conferences CoxBLUE has been a part of. The informative sessions and courses, the location and amazing staff, the pitch-free content and, above all else, the phenomenal networking opportunities with some of the best social experts in the world makes #SMMW an event worth returning to, and one you won’t want to miss in the future, if you haven’t been.

Hats off to Michael Stelzner, Phil Mershon and team for an amazing event.

Running A Business and The ABC's of Personal Branding [Infographic]