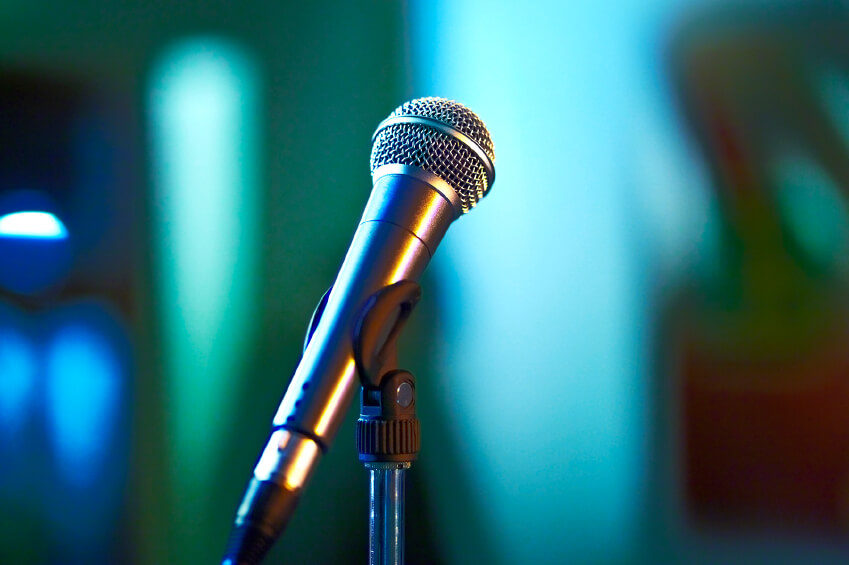 Over the course of his career, comedian, writer, director and actor Louis C.K. went from being an unknown comedian performing in tiny clubs, to being a writer for “Late Night With Conan O’Brien”, to having massively popular hour-long specials and writing, directing and editing his own award-winning TV show, “Louie”.

For the early-stage startup trying to figure out a plan for transforming from a scrappy, lean operation to a well-established company, it’s worth studying the arc of Louis C.K.’s career as a road map for branding your business and making your way to the top..

In addition to being an extremely talented writer and performer, Louis is also an expert marketer who has proven adept at building strong relationships with his fan base. In many ways, he’s like a startup that combined great products and savvy marketing to turn into a juggernaut. Here are some marketing and branding tips from Louis C.K. that can help you with promoting and growing your own startup:

Go right to your customers
In 2011, Louis C.K. was already starting to establish himself as a household name in the world of standup comedy. He had yearly HBO specials and could have continued down that path with success for the rest of his career. That’s why he surprised everyone when he announced that he would be filming and selling his special, “Live at the Beacon Theater”, to his fans directly through his website for $5.

As Entrepreneur pointed out, there was absolutely no marketing or advertising push for this at all, and yet it made the purchasing process so easy for Louis’ fans that it made him about $1 million in a little over a week. By cutting out the middleman, Louis made it easy and risk-free for fans and people on the fence to decide to buy his special.

Startups can follow the same trajectory. Don’t worry about getting national distribution or waiting for some media outlet to start promoting your products. Go right to your target audience and make it a no-brainer for them to try your offerings.

Talk about what no one else will
Perhaps more than anything, what has made Louis C.K. famous is his willingness to push the envelope and discuss topics and say things that most would consider taboo, if not downright offensive. But Louis doesn’t just tell crass jokes for cheap laughs – if that were the case, his act would likely have a short shelf life. Very often, behind the colorful language is a deeper message – an observation that points out some of life’s absurdities and contradictions in a way that almost anyone can relate to it.

Now, you don’t have to use the same vulgar language that Louis uses in his acts, but you can definitely adopt this mindset with your own content. Don’t be afraid to openly question your industry’s deeply held assumptions and call things like they are. Your customers are constantly inundated with messages from businesses all using the same boring, cookie-cutter language as one another.

You can separate yourself by courting some controversy. Sure, you might upset a few people, but it’s likely you’ll also galvanize your followers in a way that stale corporate speak could never accomplish. Have a distinct viewpoint, throw the old cliches out and don’t be afraid to slaughter the sacred cows in your industry.

Dominate the email marketing game
Louis C.K. may be one of the most savvy email marketers out there today. His emails are honest, funny and read as though they were written by one of your friends (if you had an incredibly funny friend). Even more important is that Louis doesn’t barrage his fans with emails. He is very respectful of their time and attention and only reaches out when he can add value to their lives.

This is what email marketing should look like: full of a brand’s real voice and used only when there is a direct benefit for the recipient of the message. This alone will set you apart from the countless businesses that bombard their customers with boring sales pieces multiple times a week.

Communicate like a person, not a company
This point ties into the last one but is well worth exploring for its own merits. If you want a masterclass in online marketing with a real, authentic voice, take a look at Louis C.K.’s website and sign up for his email list.

Reading Louis’ content, the first thing you’ll notice is that it’s not polished. The emails have few or no graphics, and they often contain slight spelling and grammatical errors. Additionally, Louis often uses his content to tell funny stories while at the same time informing his fans that he has a forthcoming special or a show.

Here’s an example of this in action: When he released “Live at the Beacon Theater”, Louis made it easy to download and DRM-free, which raised the possibility that everyone would just pirate the video instead. This is what Louis wrote on his website to try to stop that:

“Please bear in mind that I am not a company or a corporation. I’m just some guy. I paid for the production and posting of this video with my own money. I would like to be able to post more material to the fans in this way, which makes it cheaper for the buyer and more pleasant for me. So, please help me keep this being a good idea. I can’t stop you from torrenting; all I can do is politely ask you to pay your five little dollars, enjoy the video, and let other people find it in the same way.”

Again, Louis went directly to his fans and customers and talked to them on a personal level. Your startup can do the same by putting the emphasis on the people and not the business. Use personal language in your marketing messages – whether it’s web copy, emails, blog posts or social media – to show your audience that you aren’t a faceless corporation. Personal connections make people much more likely to support you and buy from you.

Reinvent your marketing content often
In several interviews, Louis has said that he rewrites his material every year. This means that every year, he throws out everything he has – his best jokes and stories included – and starts completely fresh. This is a bold move, considering most comedians recycle their act year after year, relying on their “greatest hits” to keep the audiences coming.

In doing this, Louis rids himself of the safety net of his proven material and forces himself to dig deeper and move into uncharted territory. This could result in a total flop during his yearly special, but his fans clearly don’t think so, since they keep coming back and in larger numbers.

Copyjuice wrote that you can do this with your own content too. Chances are you’ve already used most of the stock blog and social post formats. Rather than go for the same “top 10” lists or basic how-to posts as everyone else, look for a totally new way to engage your audience. Maybe it’s using a new platform, or maybe it’s just talking about topics that your audience really needs or wants to hear.

Why some #CIO's are delaying retirement https://bit.ly/3VcCO25

Out of the hundreds of technologies that Forrester tracks, they landed on 10. (And, no, they don't include the metaverse.) Here, they break down their selection process. Read: How We Picked The 2022 Top 10 Emerging #Technologies https://bit.ly/3F80RcL

6 keys to writing a white paper that generates leads

Here are some tips for creating a white paper that attracts leads.