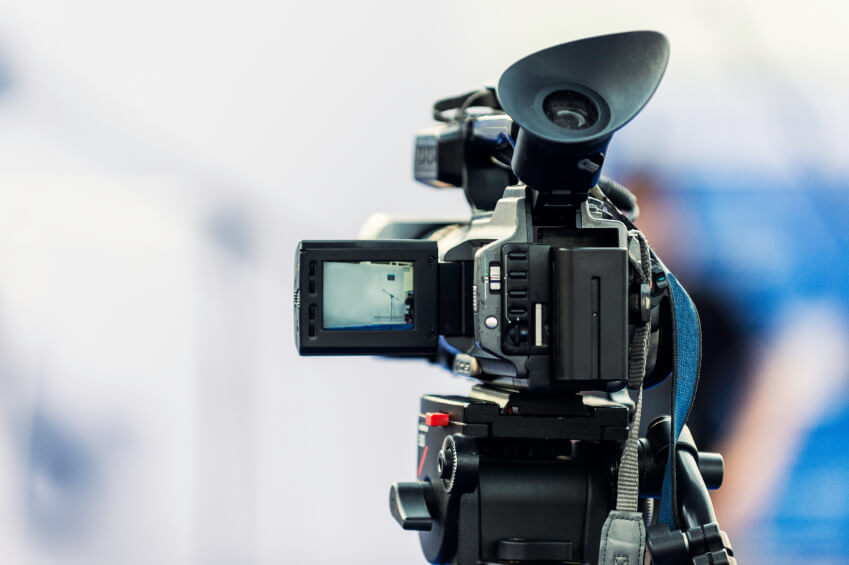 No matter what the medium, the greatest inherent challenge in marketing your business has always been the same – standing out from the crowd. Decades ago, when everyone worked to build a brand with radio commercials and newspaper ads, the noise was everywhere. There were a zillion radio stations and newspapers – why focus on any one advertisement? These days, the problem is the same, just in a new realm.

“People watch videos constantly, whether on their computers or their hand-held mobile devices.”

In 2015, a lot of the buzz is about content marketing – building great online-only material that will attract social networkers and Google searchers. Specifically, video is all the rage. People watch videos constantly, whether on their computers or their hand-held mobile devices, and they’re susceptible to video-based marketing, even if they don’t consciously know it.

But there’s that noise factor. According to a YouTube product page, 300 hours of new videos are uploaded to the site every single minute. Think about that number! It’s staggering. That means 18,000 hours of video per hour. Almost half a million hours per day. That’s an incredible amount of content, and your challenge is to stand out.

That means you’ll need to do better than everyone else. You’ll need to produce videos that are unique and compelling. How will you do it?

Going after the right audience
It’s an old cliché about writing, and it applies to video content marketing as well – before you write, consider your audience. This applies before you shoot a video as well.

According to Oracle Marketing Cloud, it’s important to target a specific demographic with your marketing videos. Daniel Glickman, chief marketing officer at emaze, told the news source that audience should be a key factor that drives content choices.

“Before you create any video, whether an ad campaign or a Facebook video post, ask yourself who your target audience is,” Glickman recommended. “After a video campaign, check online metrics such as social media likes, shares, time spent watching, etc., to see if your target audience responded positively.”

If you’re just going to make a generic video about all different kinds of people enjoying your product, you’re probably casting too wide a net. Your video will come off looking bland and salesy. But if you target a specific group, you can use references and inside jokes that they’ll appreciate, and your pitch will sound more authentic. If you do this right, the analytics will show it.

Hooking the viewer early
Here’s the harsh reality about online video – even though it’s immensely popular, people often don’t have the attention span for it. It’s common for viewers to click on a video, watch for a few seconds and then exit. That’s not likely to do much for building your brand.

A recent Vidyard blog post reasoned that because of this short attention span, you need to be really compelling in the first few seconds of your videos. Jennifer Pepper, content marketing manager for the organization, explained that the first sentence can be a deal-breaker.

“Based on attention span data, you’ve only got about eight seconds to capture your audience before they’ll bounce,” Pepper estimated. “To combat short attention spans, use the first line of your video to qualify viewers right away.”

This can be tricky. If you say something too specific, you might scare off the prospects who aren’t interested in whatever you’re selling. If you’re too vague, you’ll just leave people bored. Either way, the exit button is a threat.

Pepper says that if you can get 60 percent of viewers to watch your videos to the end, that’s a win for you. Can you hit that goal?

Using happy customers to tell stories
People don’t want to watch videos that are just bland and promotional. They want rich, compelling content. Ideally, they’d like to hear a genuine human story. Do you have one to tell?

“You want to seek out your happiest, most loyal customers.”

Amy Liuser, a marketer at Vimeo, wrote on a company blog that customer testimonials can be powerful. You want to seek out your happiest, most loyal customers for these projects because these are the people you know the best. By pulling out real anecdotes from their lives, you can make your videos tell intimate stories rather than deliver bland sales pitches.

“Be real with your customers, and they’ll respect you more,” Liuser says. “But try taking this a step further and let your customers be real with you, too. Avoid talking-head testimonials that ring of ‘Someone told me to say this’ and opt instead for letting customers explain why you’re awesome in their own words.”

Liuser used the example of Birch Coffee, a shop that makes great marketing videos by having intimate “coffee chats” with its regular customers. They talk about more than just coffee – they talk about life. Because they’re willing to be personable and go into real depth, their videos are better.

The Takeaways
Producing video marketing content can be daunting – there’s a lot of stuff out there already, and you’re competing for the whole world’s attention. So how can you stand out from the crowd? Let’s recap.