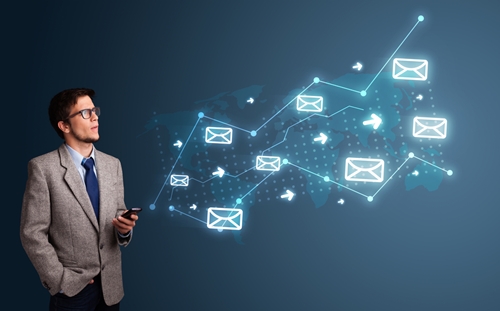 Among many of the great panels at the Social Shake-Up Conference in Atlanta, a group of industry leaders gathered to explain how companies can truly become socially enabled organizations. Given the many challenges that businesses are facing with adopting social media platforms, issues that are exacerbated by the rapid progression of technology, it made sense to listen to what the experts had to say on the matter.

Insight into such a transformative process is best presented along with data, and the roundtable began with an exploration into the recent Oracle executive study regarding the challenges and opportunities global organizations are facing when transitioning to socially enabled enterprises.
Erika Brookes, the VP of Product Strategy for Oracle, and Moderator Vanessa DiMauro, the CEO of Leader Networks, presented the findings of this research.

Together, they outlined the survey of more than 900 marketing and technology executives, and the results were examined by the rest of the panel and the audience. Filling out the panel of experts were Don Bulmer, the VP of Communications Strategy for Shell and Chris Boudreaux, the Global Leader of Social Media Offerings for Accenture.

Study findings
The examination of the findings revealed that many businesses have 3-5 social media platforms, with a smaller number using between 6 and 8 networks. While a number of organizations had a balance of internal and external, the majority favored the latter in terms of where the social networks were being used.

Brookes outlined how increasing visibility with customers is the most important use for these platforms. This wasn’t presented as surprising information, especially given that the study also found the most important social metrics to be awareness, brand satisfaction and share of voice – in that order.

The metrics varied with regard to the size of the given company, as bigger companies are much more likely to consider customer satisfaction as the number one metric.

Smaller companies and large firms alike were likely to use insights from social media networks to enact an informal change – i.e. a shift in marketing or public relations – rather than an operational shift.

For companies that are lagging behind, there is a significant push to get on board with social media, and larger organizations tend to be more prepared or established with regard to becoming socially enabled.

Regardless of where companies may be in the transition, the overall findings showed that businesses feel it is extremely important to be socially enabled.

Becoming enabled
Don Bulmer began the broader discussion by noting that companies looking to become enabled really need to have a people-focused approach – this applies not just  to customers, but also to employees and partners.

He emphasized that watching behavior and culture is an overall business strategy – it simply emerges in social.

Erika agreed with this assertion, adding that the way in which companies interact with customers has changed. The business world has moved from linear to circular with regard to consumer interactions.

“The empowered consumer has put a nail in the coffin for how we think of the marketing funnel – the customer is now in the center of the circle,” said the Oracle VP. She added that the customer has the power of mass feedback behind them, changing the way that companies need to react.

Chris Boudreaux added that this shift has led companies to reexamine social networks – specifically who has the power to control the brand voice.

“Look across your enterprise, where are the opportunities to create content – forcing everyone in the organization to think about how they can use the technologies, networks – not just customer service,” he noted.

Behavioral changes
Don spoke to the need for businesses to address the many segments of their audience with an overall pitch. It is impossible for companies like Shell to speak to each group with their brand communications, but if there is a thematic tie-in, there may be a message that everyone can take something from.

Chris added that this is why each department within an organization needs to know how to – and have access to – use social media. Consumers are smarter and expect more, and these expectations must be met with the help of everyone at the company.

“Social media practitioners need to be figure out where their role is within the company – one can’t just be a social person – you need to be a business person,” said the Accenture social media guru.

For this to be done, according to Erika Brookes, there has be a centralized set of tools and processes for the entire organization to use. Each segment of the business needs to have overall, yet also individual objectives when it comes to social.

This way, the business can actively and intelligently engage with customers. By spreading out the use of social, and thus expanding the knowledge base within the company’s networks, the customer base will be more satisfied by the answers they receive.

Her point was supported by the other panelists, and the group reached a consensus regarding the impact of a socially enabled organization with a balanced approach. Since the currency for social is reputation, according to Chris, the brand is reliant on a team effort that brings together all departments and personnel.

With content being at the core of many companies' social media strategies, crafting the best possible product is often a challenge for marketers.