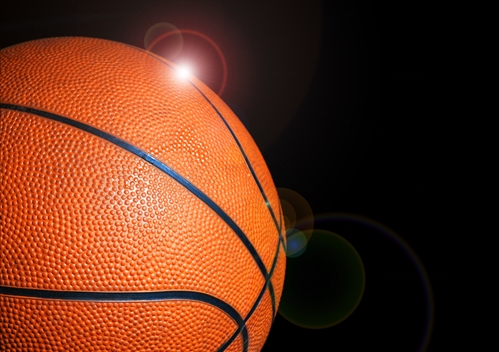 Two men started a chain of events that would change the course of sports business forever on Feb. 3, 1876. Albert and J. Walker Spalding used $800 given to them by their mother and started A.G. Spalding and Bro. The Chicago-based sports store offered high-quality goods that other manufacturers failed to match.

The money may seem like a paltry amount and wasn’t secured via traditional means, but it was still significant. Every organization starts in a unique way, whether it be as someone’s side project, through crowdfunding or as a family initiative.

What you should learn from Spalding’s start is that there’s no standard way to start managing your business and that you need to make the most of every bit of funding. The Spalding brothers shrewdly spent each penny that their mother gave them, starting a store and line of merchandise that would set a new standard in the sports world.

The company’s products were second to none partially because Albert understood what type of equipment other athletes needed. Before becoming an entrepreneur, Albert was a professional baseball player for the Rockford Pioneers, an amateur club, according to PBS. Though Spalding had offers from pro teams in Washington, New York and Cleveland, he went into the world of business at the request of his mother.

He started working at a grocery store and an insurance company in Chicago, but both of those companies went under shortly after he was hired. Spalding then took jobs at an insurance agency and newspaper in Rockford, both of which also closed up shop. He took this as a sign that he should pursue his athletic dreams, accepting a $40 per week contract from the Chicago Excelsiors. He then pitched for the Boston Red Stockings for five years before ending his career as a pitcher-manager for the Chicago White Stockings. He led the latter club to a National League pennant and was the winningest pitcher every season.

While Spalding’s wins were notable, his equipment was what set him apart from the rest of the league. The company’s website notes that Spalding was the first player to wear a baseball glove and was widely considered one of the few who wouldn’t be booed because of his gear. Spalding’s dominance on the mound made him immune to any perceived violations of baseball’s so-called unwritten rules.

Spalding retired in 1876 and opened his first store with his brother, but wasn’t able to leave the game behind entirely. The company explains that Spalding returned to lead the White Stockings from 1882 to 1891, winning three pennants during that span.

The start of an empire
Spalding and his brother didn’t know it at the time, but they gave birth to an empire on Feb. 3, 1876. Their first major milestone was being named the official manufacturer of baseballs for the National League, PBS explains. This ensured two things for the burgeoning company: a major deal to help keep it afloat and unprecedented visibility. Spalding continued this partnership for the next century, making it one of the longest business relationships in all of sports.

What’s more, the demand for Spalding products became so high that the store eventually expanded into a chain of 14 establishments. Within 25 years, the company was opening locations in New York City and Boston, extending its reach all the way across the country.

However, Spalding wasn’t just focused on selling its merchandise directly to consumers – it also had an impressive manufacturing wing. The brand’s official website explains that A.G. Spalding and Bro was incorporated as a manufacturer in 1885. Four years later, the company began selling its products to other retailers, making all of its merchandise available.

Even though Spalding was essentially competing with its own buyers (because of its retail outlets), the manufacturer didn’t put anyone at a disadvantage. PBS points out that there was an internal policy that guaranteed quality merchandise and fixed prices to ensure profit margins for other sellers.

This strategy ensured that other sporting goods stores would continue doing business with Spalding. Though the brand produced almost every type of sporting equipment, including skates, at the time, had it gouged businesses with high prices, it likely would have lost a great deal of buyers. By positioning itself as a quality manufacturer with fair price, Spalding managed to become a friend to consumers and store owners alike.

Though the company has changed over the years, Spalding has stayed atop the sports equipment throne since its inception. Most recently, the manufacturer celebrated its 30th anniversary as the official provider of NBA basketballs. NBA Executive Vice President of Global Merchandising Sal LaRocca explained that Spalding has been an excellent partner to the league over the last three decades.

“Spalding has been a part of so many great NBA moments over the last 30 years. The NBA is proud to celebrate this anniversary with Spalding and reflect on 30 years of outstanding basketball,” LaRocca said in a statement.

Spalding recently unveiled a new ball as well. Because Commissioner David Stern recently stepped down, the manufacturer had to roll an updated version with the signature of new NBA chief Adam Silver.

What you can learn from Spalding
There’s a great deal you should take away from Spalding, but the most important lessons comes from its co-founder’s career. Spalding saw a need for standardized sports equipment and found a way to solve that problem, starting with his own store and eventual manufacturing line. You can follow that example by searching from something in your career and developing a solution for it, which you can use as your company’s product.

The second most important lesson is to see beyond your immediate objectives. Spalding easily could have created the country’s dominant sporting good chain, but instead also developed a manufacturing wing. Of course, that gave the brand longevity. Don’t settle for early success – look for ways to expand because that could be the key to creating a lasting impact.

What did you learn from Spalding? Are there are lessons you took away from the company’s success?

LinkedIn combines the professionalism of a company website with the interaction of a social media profile. Today, more than 3 million businesses use company