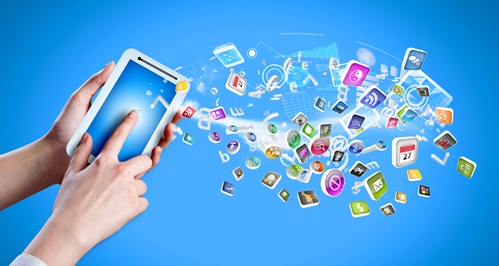 Mobile commerce is a rapidly growing industry today, especially in the United States. People are making more purchases using their tablets and smartphones than ever before, spending their money on a range of options from 99 cents for a song download to four-figure sums for expensive flights and hotel rooms. Mobile sales are booming.

The data on this trend is staggering – eMarketer data shows that this year alone, mobile sales in the United States will rise 56 percent to a total value of $38 billion. By 2016, that figure will be over $86 billion. This is an undeniable movement that sellers must be aware of – having mobile capabilities has gone from a “wish list” item to a must-have, for all different types of merchants.

In order to set themselves apart from the massive crowd of mobile merchants, it’s essential that companies have optimal designs for their mobile sites and platforms. According to Sam Shank, co-founder and CEO of HotelTonight, design is a major factor in the competitive environment. That’s the principle he explained in his talk at SXSW V2V Las Vegas, entitled “Design as a Differentiator for Mobile Commerce,” which shared some invaluable wisdom to use when managing your business in a fiercely competitive mobile climate.

Why design matters today
While mobile sales are taking off, that doesn’t mean that venturing into the market is necessarily easy. If everyone has a mobile site, then simply offering one isn’t enough to close sales – you need yours to be superior. That’s why there’s such a strong correlation between design acumen and mobile commerce success.

“Why are these two things so interconnected, and why have they been so successful for us at HotelTonight?” Shank asked. “I think it’s because in mobile, quality really matters. It’s unlike building a website, where the distribution channels are very different. When you’re building a website, your distribution channels are, for the most part, Google SEM and SEO. What’s great about mobile apps is that you can have a product that stands out because of its great design.”

Shank pointed out that his small startup doesn’t have the same resources as a bigger corporation. His objective is to sell hotel rooms to people using mobile, but he can’t use his financial clout to compete dollar-for-dollar with a titan like, say, TripAdvisor. Likewise, he’s fighting a losing battle where SEO is concerned. It’s therefore important that Shank focus on design as a key way that his company can set itself apart.

The importance of visual elements
Shank said that just two years ago, his startup was a barebones operation. He had a bunch of diagrams of smartphone screens on a piece of paper, but he had a long way to go. Today, HotelTonight is a thriving mobile company that helps millions of people book hotels.

What put his business venture over the top? According to Shank, it was his ability to pick up on a major trend – people love visual elements. Make your product easy on the eyes, and it will sell.

“On mobile, photos are so much better and so much more important than words,” Shank said. “It’s a small screen. Reading is hard. People are lazy. They want a picture. A picture is worth a thousand words. I can’t stress that enough. There’s a reason, I think, why Snapchat has stood out in the market, and that’s that it’s photo-based. You don’t have to type words. You can just point and shoot and express so much more than if you’re banging out a long string of text.”

In order to achieve startup success in 2014 and beyond, you need to chase after those mobile sales, and the visual element is a huge help in doing so. A combination of a sleek design and engaging photo-based content can help you achieve your goals.

Many factors affect how well your blog post will do. In order to show you how to create a powerful blog post, Neil Patel at QuickSprout